'What the f*** is going on here? What's happening?'. Who are you backing in Shearer versus Ginola? 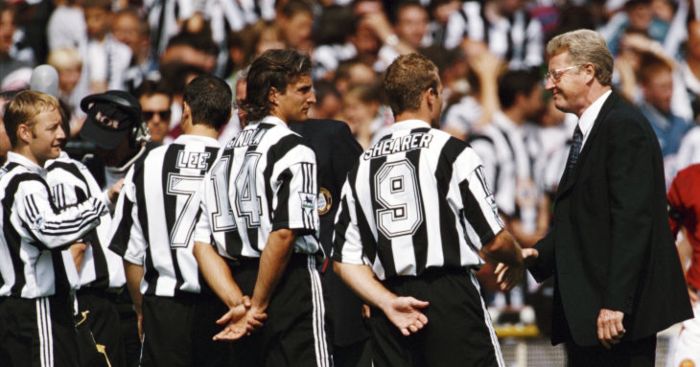 Alan Shearer has recalled the “huge row” he had with David Ginola at Newcastle.

Shearer and Ginola spent just one memorable season together at Newcastle, finishing second to Manchester United in the Premier League and reaching the UEFA Cup quarter-finals.

Shearer scored 25 goals soon after moving to Tyneside as the world’s most expensive player ever, while Ginola became less of a regular in his final campaign before joining Tottenham.

“When I was at Blackburn, I used to watch the Newcastle games obviously, and I used to think, ‘My goodness,'” he told the latest Match of the Day podcast.

“I had two great wingers at Blackburn in Wilcox and Ripley, but I used to watch the way Newcastle played with Gillespie on one side and David Ginola on the other.

“The crosses that Ginola used to put in, I’m thinking, ‘God, heaven playing in that team, the number of goals you’d score.’

“I went into that team and for the first five or six weeks, David Ginola never put a ball in the box. I lost my rag. I’m thinking, ‘What the f*** is going on here? What’s happening?’.

“I eventually – I’m surprised it took five or six weeks actually – I eventually went in after one game and I’d had enough. I blew my top and we had a huge row and that was it.

“After that it was fine. Balls were coming in in most games, but he didn’t want to put the ball in for some reason in the first five or six weeks of the season.”