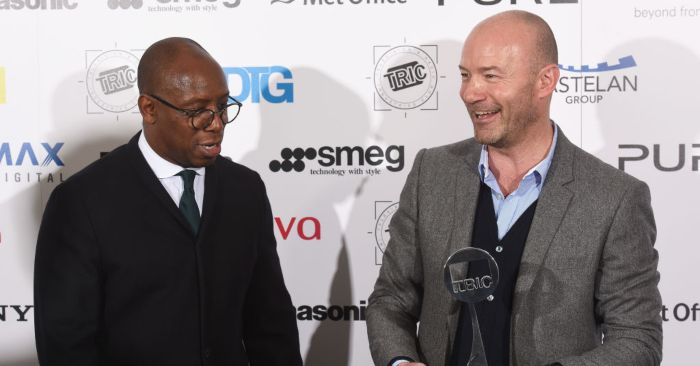 Ian Wright has gone into detail on the changes Arsene Wenger enforced at the start of his tenure at Arsenal.

Wenger was appointed Arsenal manager in October 1996 and soon changed a number of things regarding the archaic diet and nutrition trends that were embedded in English football.

The results were clear to see as the Gunners lifted the Double in 1998 and the Premier League title twice more in 2002 and 2004, with Wright playing a part in the first success.

“I remember the interview where he walks in and it’s the first time any of us have ever seen him, especially any of us,” he told the Match of the Day podcast.

Shearer then interjected to question Wright over their meetings as opponents in the late 1990s.

“Wrighty, tell me, because there were so many times playing against those Arsenal teams over the years, certainly a year or two after he came in, I used to look at you and think, ‘How are you so fit? How are you so strong?’.

“I used to think, ‘What are you guys on? What are you taking? How come… what’s happening here?’.”

Wright replied: “You know what, Al? We used to have vitamin injections directly into us, into our arm, right into there, bam.

“We used to get sent to France, I used to have to do a session with a guy, I used to go there for two weeks because when you got to like 30 and older he was worried about how you were rehabilitating after you’d played games, how you’d recover.

“I used to have to go and see a guy, unfortunately he’s passed away, but it was like going to see Yoda. He’d do the fitness, he’d do the food for you. You’d go and train on the beach.

“That’s what Arsene Wenger did. He took you to a place where you had to be literally the best you could be. That’s what he did with us – the B6 tablets, the B12, the training.

“I remember when we started a pre-season. You know what pre-seasons were normally like: running you into the ground to the point where people are vomiting, and they’re saying, ‘Yeah, brilliant, that’s a good pre-season’. We’d literally hardly done anything to the point where Tony [Adams] and [Lee] Dixon had to say to him, ‘Boss, we just don’t feel fit enough’.

“He was absolutely right.”

After a brief exchange during which Shearer said “I hope you’re not getting Arsene into trouble!”, the Newcastle legend added: “We’re gonna be awarded the FA Cup in 1998 because Arsenal players took f**king drugs.”

Wright’s response: “It’s the only way you lot are gonna get a f**king FA Cup medal.”