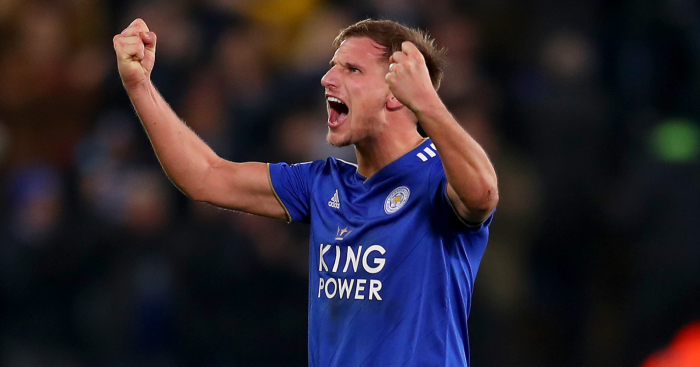 Leicester winger Marc Albrighton has signed a new contract at the club until June 2022.

The 29-year-old’s deal was due to expire next year but he has now committed his future to the Foxes.

He told LCFC TV: “It was totally straight forward. Leicester offered me a deal and I was always going to sign it. I’ve had some good times here and hopefully I can continue to do so.

“When I first signed, I looked at the squad that was in the dressing room and the club itself in terms of its fan base and what sort of club it was. It was a family club back then and it’s a family club now.

“It’s something that suits me down to the ground. It really fit in well with me as a person and it’s the perfect fit for me.”

He has made 176 appearances for the Foxes, scoring 13 goals, including the club’s first-ever in the Champions League in a 3-0 win at Club Brugge in 2016.

In 2015 he helped Leicester survive in the Premier League, having been seven points from safety with nine games left, before winning the title 12 months later.

Leicester go to Wolves on Saturday eighth in the table and Albrighton wants to return to Europe with City.

“The obvious answer (to his standout moment) is winning the Premier League, but in fairness, this is my fifth season now and there hasn’t been a dull moment yet,” he said.

“The year we stayed up was a bit of a roller-coaster year for myself personally, and for it to finish so well was incredible. The following year, we won the league, which speaks for itself.

“The following year after that, the Champions League campaign was amazing.

“That’s what I want to do, I want to play European football again. We enjoyed it so much that year and it would be great to be in another European competition.”