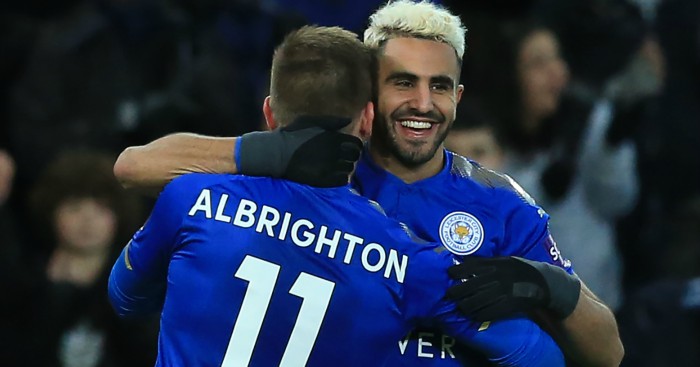 City were keen to land the winger on deadline day but Leicester refused to sell for less than £80million.

No agreement was reached, leaving Mahrez ‘depressed’, causing him to miss four days of training and Saturday’s draw with Swansea.

It was reported that Mahrez could face a frosty reception when he returns to the Leicester camp, but Albrighton says the Foxes players are used to such stories following the criticism they received in the wake of Claudio Ranieri’s sacking last season.

“We know this from when Claudio was relieved of his duties last season, stories will get made up,” Albrighton told the Daily Mail. “They’re far from the truth and we just have to deal with it.

“We can’t come out and argue with anyone, we just have to get on with our football and do our job.

“I’ve seen a few stories saying the players were angry and it’s far from the truth.

“That’s something that we have to deal with. We know it’s going to happen and we just get on with our job.’”