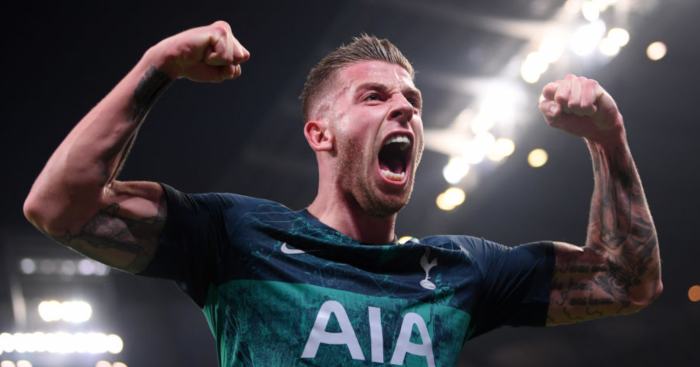 Toby Alderweireld went from “hell to heaven” as Tottenham snatched a Champions League semi-final place on a night of VAR drama at Manchester City.

Spurs thought their hopes of reaching the last four had been dashed at the last moment when Raheem Sterling struck deep into injury time of a pulsating quarter-final at the Etihad Stadium on Wednesday.

But the goal was disallowed following a VAR review and Spurs, despite still trailing 4-3 on the night, prevailed courtesy of the away goals rule in a 4-4 aggregate draw.

“It was from hell to heaven,” said Spurs defender Alderweireld. “I was thinking we can’t concede in that moment, we knew what we had thrown (away).

“I think we were a little bit angry in that moment but then we saw the ref going back saying, ‘Offside’.

“It was unbelievable. I couldn’t believe it on the pitch. For the neutral fans it was an unbelievable night.”

The drama and VAR interventions were not just restricted to the closing moments in what was a classic encounter.

Sterling opening the scoring inside four minutes but Spurs were leading by the 10th minute courtesy of a quickfire Son Heung-min double. City equalised through Bernardo Silva a minute later and were leading again after 21 minutes as Sterling scored his second.

Sergio Aguero put City in command of the tie after the break but Fernando Llorente bundled in another Spurs goal after 73 minutes, awarded only after a lengthy VAR check for suspected handball.

Sterling thought he had settled the affair in the most dramatic fashion but City’s jubilation quickly turned sour and Tottenham were left to celebrate a first European Cup semi-final appearance since 1962.

“It is a historical day for Spurs,” said Alderweireld, 30, who came through the Academy ranks at semi-final opponents Ajax. “The mentality of the team, even after going behind, was unbelievable.

“To go through against the team of the moment in City was unbelievable for us. I think we can be proud of ourselves.”

On returning to Amsterdam, Alderweireld said: “I think (it’s like) going back home. I had a wonderful time there.

“It is an unbelievable semi-final for us and we know it is a top team to beat.”