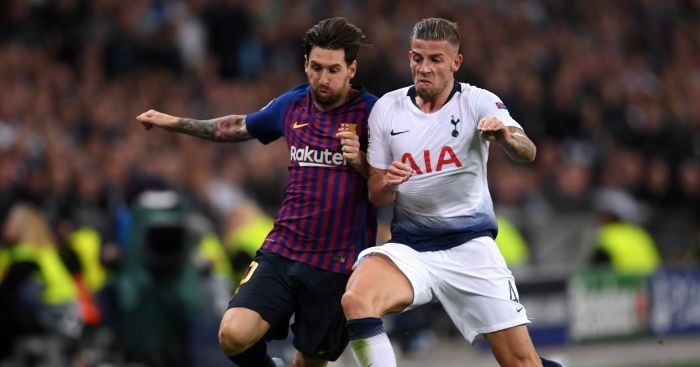 Tottenham star Toby Alderweireld has failed to rule out the possibility of a return to his former club Ajax despite links with Manchester United.

The Belgium defender’s current deal expires at the end of the season and Sky sources recently claims that United failed to agree terms with Spurs for Alderweireld in the summer.

However, the 29-year-old has revealed that he could actually move back to the Eredivisie, but he is not yet thinking about that.

“At this moment in my career I don’t think about that yet. I think I can go on for years at this level. If I ever did, it is not to take it easy.

“I do not want to be 36-years-old and can hardly walk. When I return, I certainly want to leave something. And not only in the dressing room.

“Of course it is close to home in Belgium and I have a bond with the club, because I played football at Ajax for eight years. Achieving championships, the third star, experience.”