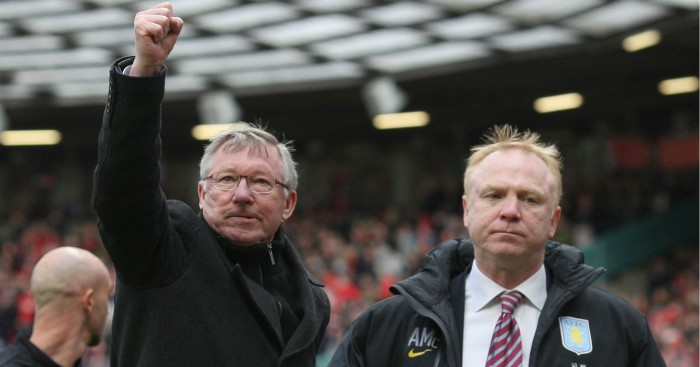 Alex McLeish will not stray far from the Sir Alex Ferguson textbook when he tries to implement his favoured playing style as Scotland manager.

The former Aberdeen defender played under Ferguson for club and country and his mentor’s principles have stuck with him throughout his managerial career, from Motherwell to the likes of Rangers and Birmingham and now a second spell with Scotland.

Ahead of his opening game against Costa Rica at Hampden, McLeish said: “I don’t think it’s rocket science, when you talk about styles.

“I worked with a man for eight years and it was about being dynamic, having a high tempo, passing the ball. And I’ve tried to have that style in all of my teams.

While Ferguson’s teams all had an attacking style, they were about winning first and foremost and McLeish aims to build some momentum in the five friendlies he has organised before the autumn’s UEFA Nations League campaign.

McLeish has nine uncapped players in his squad and is realistic about the chances of hitting the ground running, but he has told his side not to underestimate the importance of putting some victories together.

“Performance level will be great but I want to win the game,” he said. “Winning breeds confidence. We are looking for a consistent way to win. I’d like to see these guys take the bull by the horns and take their opportunity over these two games.

“We have had good performances over the past season or so, and an undefeated run. But we have to find a way to be consistent winners. It’s the only thing that will get us to the finals.

“But this is by and large a test for the guys, a challenge for a lot of the players. When you take a team for the first time then they don’t have the rhythm they would normally have.

“But there is a great enthusiasm and I would like to see the guys take the enthusiasm we have seen in training this week into the games, and express themselves.

“Yeah, we have to be organised, we don’t want to be open and easy meat in terms of penetration from the opposition, but we do want the guys to show how good they are as footballers.”