Home Liverpool Alexander-Arnold – Arsenal win was ‘exactly what we needed’ 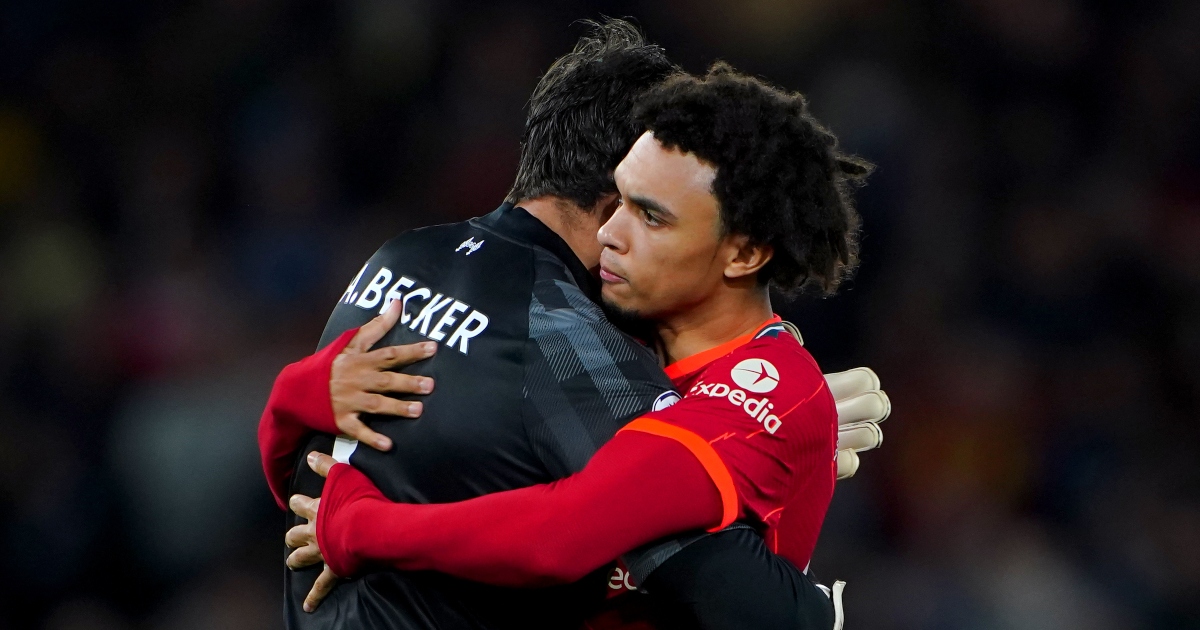 Liverpool defender Trent Alexander-Arnold has praised his teammates for bouncing back to winnings ways with a convincing 4-0 win over Arsenal.

Goals from Sadio Mane, Diogo Jota, Mohamed Salah and Takumi Minamino all scored as the Reds ran riot against Mikel Arteta’s side.

Liverpudlian Alexander-Arnold was outstanding again for Jurgen Klopp’s side as he laid on two assists to go with the three he managed for England during the international break.

Speaking after Liverpool’s win, the defender was quick to admit the importance of bouncing back from defeat at West Ham a fortnight ago.

“A team of our quality shouldn’t be losing games. The way the league is going, any loss is a bad loss. We have bounced back the best way we could. A very good performance.

“It was exactly what we needed – nothing more and nothing less. They came as two banks of four and were tough to break down but we scored our goals and put the game to bed. To see out the clean sheet is very good.

“First half we had that aggression but didn’t capitalise on it. The first 15-20 minutes of the second half were as good as we’ve pressed all season. We were all over them – they were just seeing red blurs all over the place. That second half was outstanding.

“It’s always good to contribute to the team. Scoring, creating goals is what my game is based on. I’m happy with that – I just need to keep up that form. All games are very important and hopefully I can keep that form up.

“I’m feeling good out there. I’m playing with freedom and finding myself in positions I haven’t previously. It’s going really nicely. These are the levels I expect of myself.”

Arsenal goalkeeper Aaron Ramsdale was equally as impressive with a number of superb stops to keep the score down and spoke about how hard Arsenal found it on Saturday evening.

“It’s one of the toughest places if not the toughest to come. We did well for the first 45 minutes, they might’ve had more of the ball but we contained them. Second-half showed we have got a lot improvement to come, we made mistakes but that’s life and football. We got punished and that’s what the top teams do.

“For all their possession, I know I’ll have to make saves and becomes that’s part and parcel I felt we were doing well, a goal from a set-piece which we have been doing well at. At the start of the second we were a bit naive and we needed to make better decisions on the pitch.”