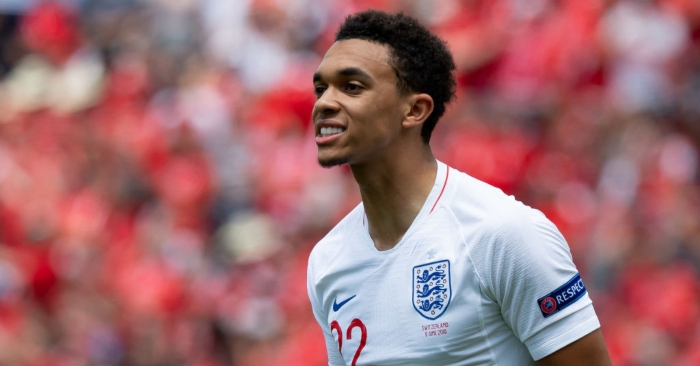 Martin Keown believes Liverpool full-back Trent Alexander-Arnold has what it takes to replace Tottenham’s Harry Winks in the England midfield.

Both players starred in the Three Lions’ 7-0 win over Montenegro at Wembley on Thursday night, which booked the side’s place at the Euro 2020 finals.

Alexander-Arnold – who claimed an assist on the night – has been backed by many to move into a midfield role for Liverpool and speaking to talkSPORT, Keown said that the 21-year-old could do the same on the international stage – at the expense of Winks.

“I take nothing away from Winks because he had another decent night but I think Alexander-Arnold could go in there and pull the strings for England.

“We have a catalogue of other full-backs that can be used in that right-back position. Kyle Walker wasn’t even in the squad, Kieran Trippier didn’t play, we have Reece James coming through at Chelsea.

“He is more than capable, Alexander-Arnold, of playing in the England midfield.”