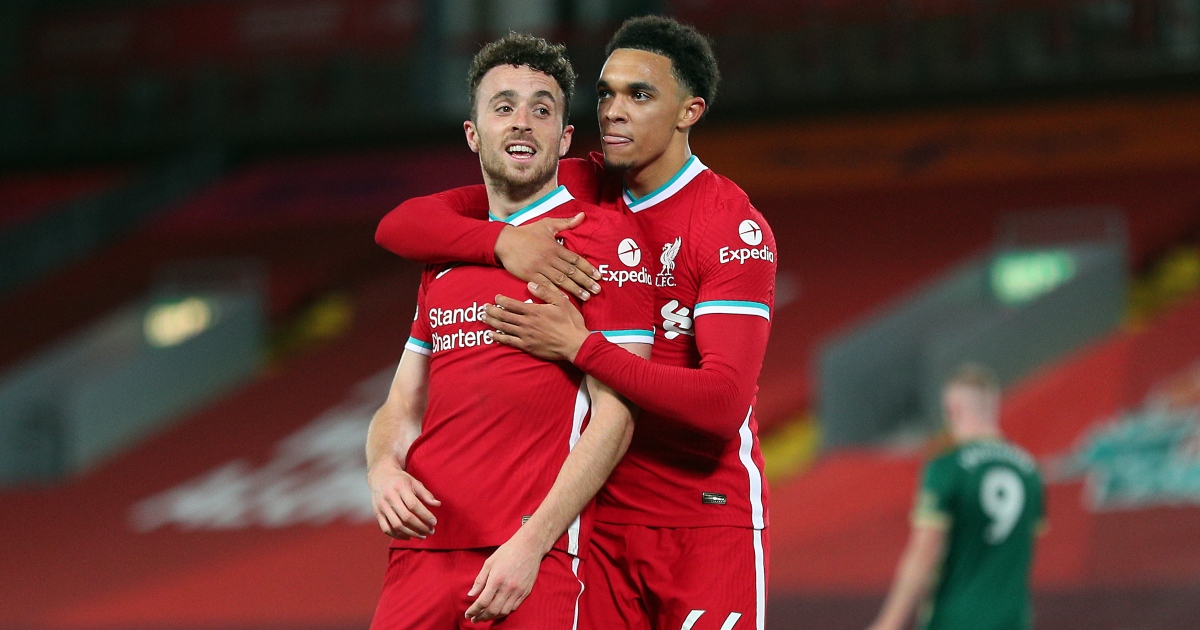 Jota bagged a brace for the Reds on Thursday evening as Liverpool helped themselves to the Carabao Cup final with a 2-0 win over Arsenal.

The win sends Liverpool to Wembley for the first time since Alexander-Arnold broke into the first-team set-up and the defender has spoken of his excitement at going to the national stadium with his side.

Speaking to Sky Sports (via liverpoolfc.com), the right-back was asked if he was looking forward to his first Wembley final, to which he replied: “Yeah, a lot. It’s obviously good for us to get there, it’s what we expect.

“We put in good performances in this cup along the run, we’ve performed very well.

“We’ve had young players and a mix of squad. But we’ve been able to win obviously every game except the first leg. We have performed very well tonight and it’s what we deserved, to be honest.”

The England international was also asked what pleased him most about the win with Alexander-Arnold backing claims from his manager on Jota’s ability.

“Diogo’s first goal was outstanding from him, the type of player he is. And again the second goal, he has done outstanding again.

“He is a world-class player in possibly the best form he’s found himself in at the club so far. Hopefully more goals for him and hopefully we’ll be able to get a win in the final.

The defender added two more assists to his tally against the Gunners, something that he wants to do even more of this season.

“I know the number [this season] is good. It’s the standard I set myself, it’s where I expect to be. I want to create and provide for the team and find myself in positions to be able to do that.

“I’ve been able to create two more today. It’s about whoever is on the end to go and finish it off – Diogo has done excellently with the two today.”