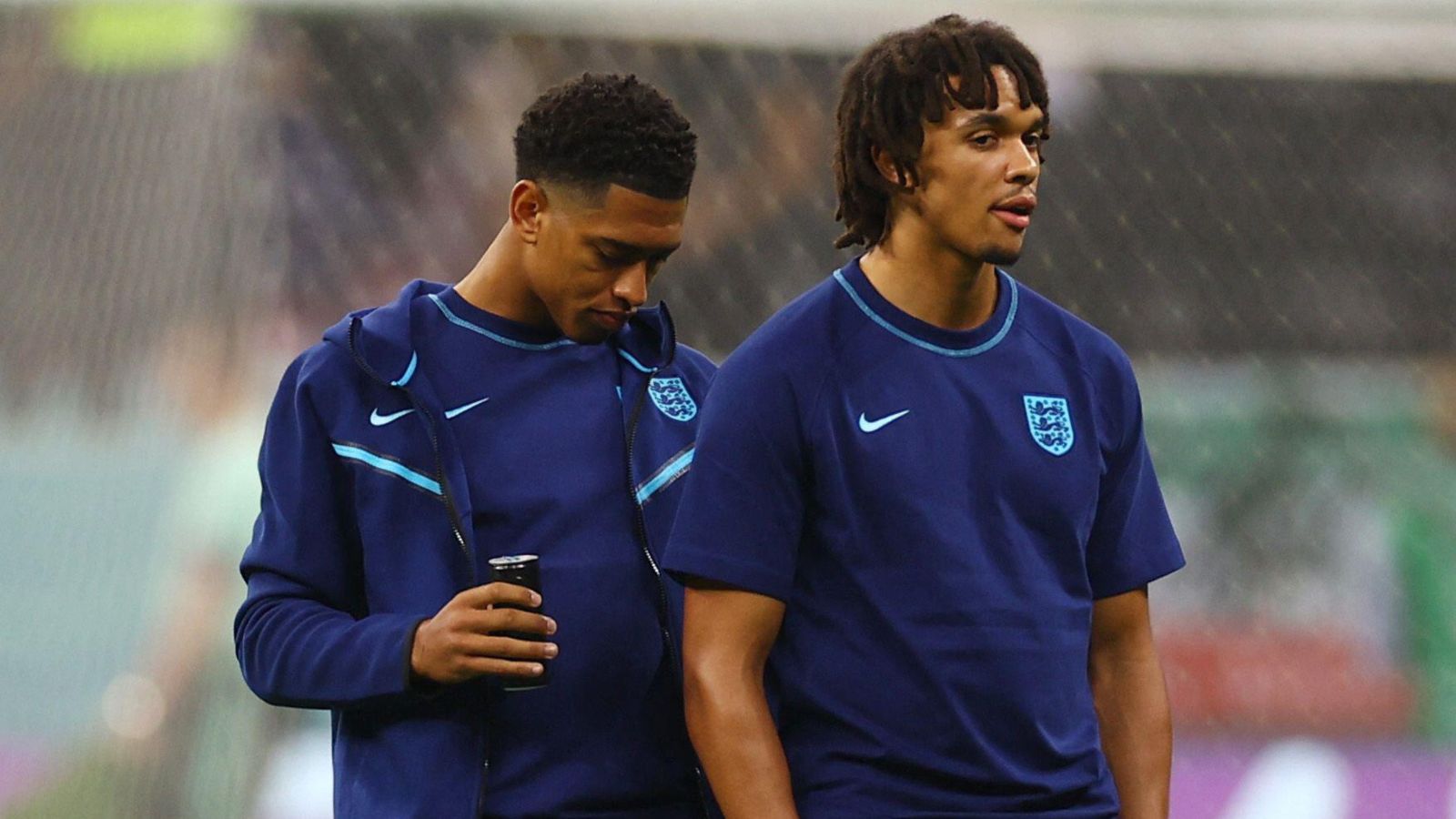 Trent Alexander-Arnold has denied he has been trying to persuade Jude Bellingham to join Liverpool in the summer transfer window.

Both players are currently out in Qatar playing for England with Gareth Southgate’s side progressing to the round of 16 after finishing top of Group B.

Bellingham has been heavily linked with a potential summer transfer to Liverpool as many pundits and fans urge Jurgen Klopp to strengthen his midfield as soon as possible.

German media outlet Sky Germany claimed today that interest from Liverpool in Bellingham has made Real Madrid look at alternative options with the Reds ‘putting a lot of pressure’ on the player and his representatives.

Speculation ramped up yesterday that Bellingham could choose Liverpool in the summer with Reds defender Alexander-Arnold posting a picture of him and his England team-mate enjoying the sights in Doha.

That led to fans claiming ‘Agent Trent’ was at work in an attempt to convince Bellingham to join Liverpool over Manchester City and Real Madrid in the summer.

When quizzed on the picture, Alexander-Arnold said on BBC Radio Five Live: “I’m just going out with my mate, aren’t I? Everyone [is] saying ‘Agent Trent’, but no.”

Alexander-Arnold added: “We went out, a few of us yesterday, we were given the day off so had a decent day out.”

When asked whether he did it deliberately as a transfer hint, the Liverpool defender replied: “No, of course not.

“We just decided to get a pic, you know. World Cups are a once in a lifetime really, or at least a couple times in a lifetime. Not many people can say they have been to them.

“So it’s good to get some pictures on board and stuff like that. So that’s what we tried to do.”

Former England and Tottenham goalkeeper Paul Robinson reckons Bellingham will end up at Liverpool because he suits the way they play.

Robinson told Football Insider in September: “He just fits in at Liverpool. The way that he plays and the system Klopp plays, it is a great fit.

“Bellingham is an incredibly talented footballer. He still has his best years ahead of him. He already has an unbelievable reputation. His charisma on the ball is something special. I love watching him.

“To achieve what he has at such a young age is remarkable. I think he has been really clever with how he has managed his career and his career path.

“It is only a matter of time before he returns to England. I strongly suspect he will move to Liverpool because of the way they play. It suits him.”