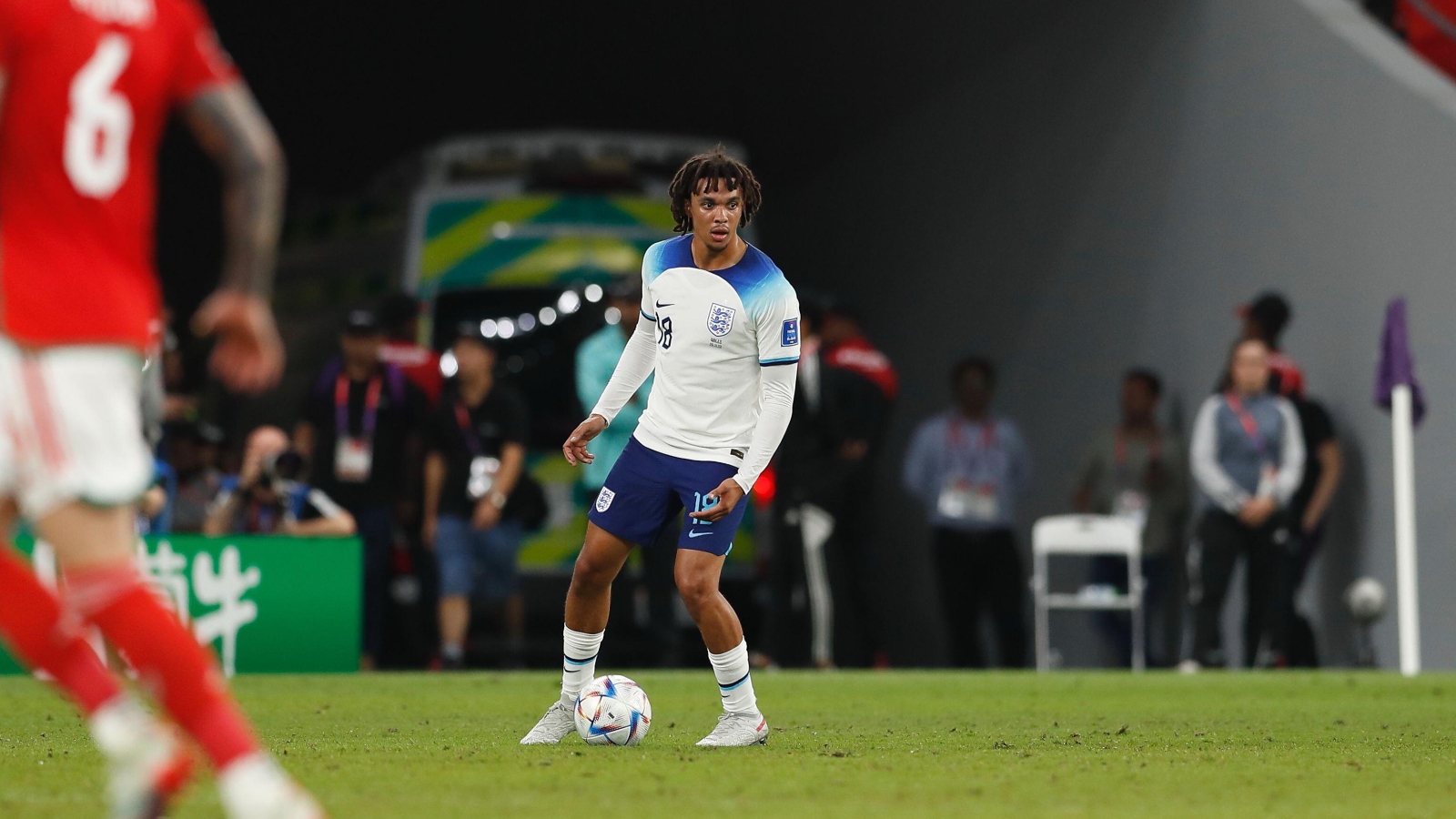 Trent Alexander-Arnold might have only been on the pitch for 33 minutes, but his performance against Wales has shown how impressive the competition is in the England squad, says Adam Lallana.

The Liverpool star is one of many right-backs Three Lions boss Gareth Southgate has at his disposal.

He has found himself left out of the England team under Southgate over the last two years, but the injury Reece James picked up saw him named in the 26-man squad for the World Cup.

Alexander-Arnold is definitely not Southgate’s first-choice right-back, with Kyle Walker and Kieran Trippier already being preferred in Qatar.

After occupying the bench for the entirety of England’s opening two fixtures, the 24-year-old was given a run out against Wales on matchday three.

The Three Lions scored two goals in quick succession against Wales, handing Southgate the luxury of resting his best players with more than half an hour to play.

Alexander-Arnold came on with Kalvin Phillips, who picked up some crucial minutes after recovering from shoulder surgery before the tournament.

While the game only had one more goal and England dominated possession before the full-time whistle, former Liverpool midfielder Lallana has heavily praised Trent’s performance.

Lallana thinks the player’s lack of sulking on the pitch proves the England squad is in a good way.

“Alexander-Arnold is rightly lauded as one of the best full backs in the world, but he must have, justifiably, felt like he was fourth choice with England recently,” he wrote for The Times.

“Yet, his body language when he came on was incredible. There was no sign of sulking, that he didn’t want to be there or that he feels he is just making up the numbers.

“The way he defended, the way he presented himself and the way he intercepted was immaculate. He cushioned one ball out of the air which showed me he was on it.

“I thought that was a massive sign of how things are in the squad. Competition, and the opportunity out there, is driving standards up and up.”

Alexander-Arnold has often been criticised for his shoddy defending, which is why Southgate tends to go for James, Walker, or Trippier ahead of him.

Former Newcastle United and England midfielder Kieron Dyer recently said Trent should be praised for his abilities going forward, rather than constantly condemned his defensive abilities.

Dyer said: “With Trent, and I’ve been a coach, and I’ve heard Gary Neville and all of the pundits on what Trent can’t do.

“We never embrace what players can do. Could you imagine him against USA the other night? Harry Kane got two touches of the ball inside the penalty box.

“I’ve never seen technique like it since David Beckham, and this is from a right-back. He’s incredible going forward, but all we seem to do is bash him for what he can’t do.

“If you’re that worried, you weigh it up and go he might get us a goal, but he might lose us two goals. I can understand that against a Brazil or a Spain, but when it’s USA or Wales… come on.”