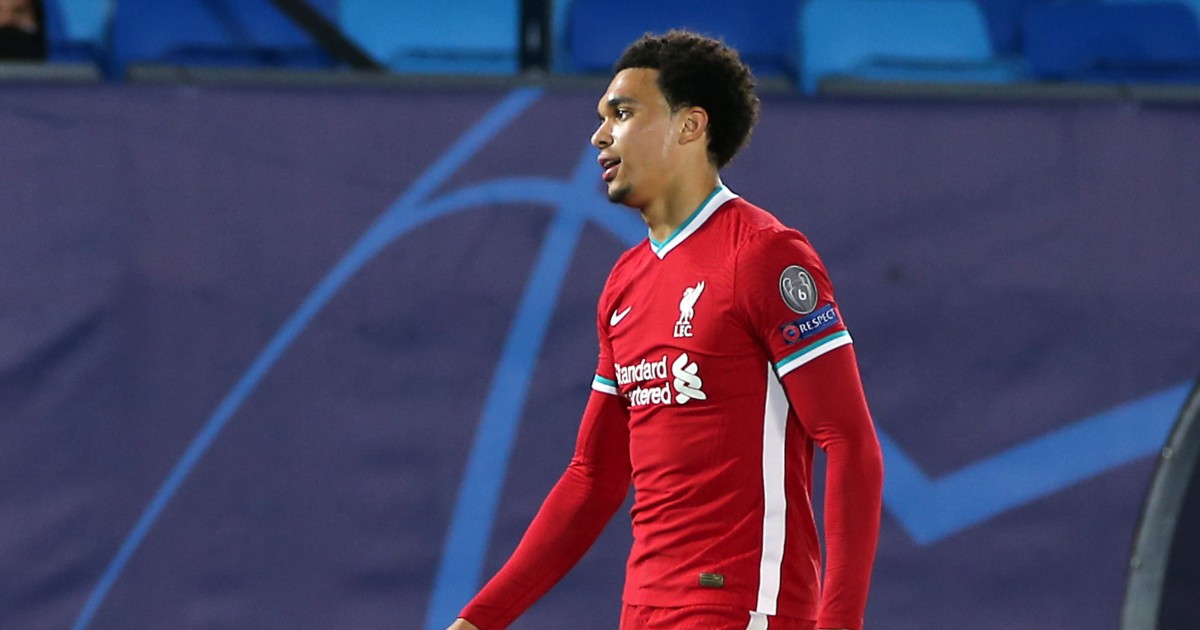 ‘If Southgate honestly doesn’t think he’s worth a place in the squad then you really have to question the judgment of the man at the helm,’ wrote one Liverpool correspondent, more than happy to lean into his readership. Henry Winter, who really should know better, wrote: ‘It is surely not too much to expect some leeway for a special talent such as Alexander-Arnold.’ Those of us who repeatedly pointed out that Trent Alexander-Arnold had a) not had a very good season for Liverpool and b) never actually played well for England, were shouted down on Twitter; it was ‘insane’ that Gareth Southgate had not picked the Liverpool full-back in his squad and we obviously had an agenda for saying otherwise.

Large sections of the media were more than happy to feed the notion that it was somehow ludicrous that Alexander-Arnold had been dropped by England. This was the Liverpool full-back. This was the Premier League winner. This was the former European champion. Who was Southgate to decide that he preferred other defenders who were far better at defending? Jurgen Klopp seized the opportunity to feed the furore, dropping the name of Lionel Messi and seamlessly creating a plethora of misleading back pages.

The obvious mistake came for Real Madrid’s second goal but that was almost more forgivable; every defender has attempted a clearance and seen it fall into the path of an opposition player. It literally comes with the territory. It was Real’s first goal that truly exposed his failings as a defender; it’s simply not acceptable to benignly run next to your willing but limited centre-half rather than anticipate that a player like Vinicius could take out a player like Nat Phillips with one sublime touch. That is a failure of both thought and deed.

While Alexander-Arnold floundered on the pitch, Klopp floundered in the dug-out. While the decision to play Diogo Jota instead of Roberto Firmino was understandable, it quickly looked like a grave error as the ball simply did not stick beyond the Liverpool midfield. But worse still was the decision to play the undercooked Naby Keita rather than Thiago, who was surely bought for such an occasion. Remedying that mistake before half-time instantly made Liverpool far, far better.

Alexander-Arnold was also much improved after half-time and produced two sumptuous crosses that attempted but could not atone for his defensive mistakes. Liverpool scored thanks to a Georginio Wijnaldum surge and a Mo Salah finish but let’s not pretend that they ever really looked the equal of Madrid. After a brief flurry of attacking intent from the visitors, Real struck to make it 3-1, targeting that weak right side of the Liverpool defence once again. ‘Statuesque’ might be a compliment to an imposing woman, but it really does not reflect well on a defence.

Real could then effortlessly control the tempo of the match, with Liverpool looking very much like a team sitting seventh in the Premier League. The notion that Europe would somehow magically mend this injury-ravaged, fragile side now looks ridiculous. It really should be no surprise that Spain’s third-best side outplayed England’s seventh-best team, and yet it was a surprise just how poor Liverpool began this tie. It was certainly more baffling than Southgate’s decision to drop Alexander-Arnold.

There will be reminders aplenty over the next week of Liverpool comebacks to halt talk of fat ladies clearing their throats, but the Reds will have to be unrecognisably improved at Anfield. And that means both Klopp and Alexander-Arnold managing and playing like it’s 2019; the glitchy 2021 updates will need to be uninstalled.