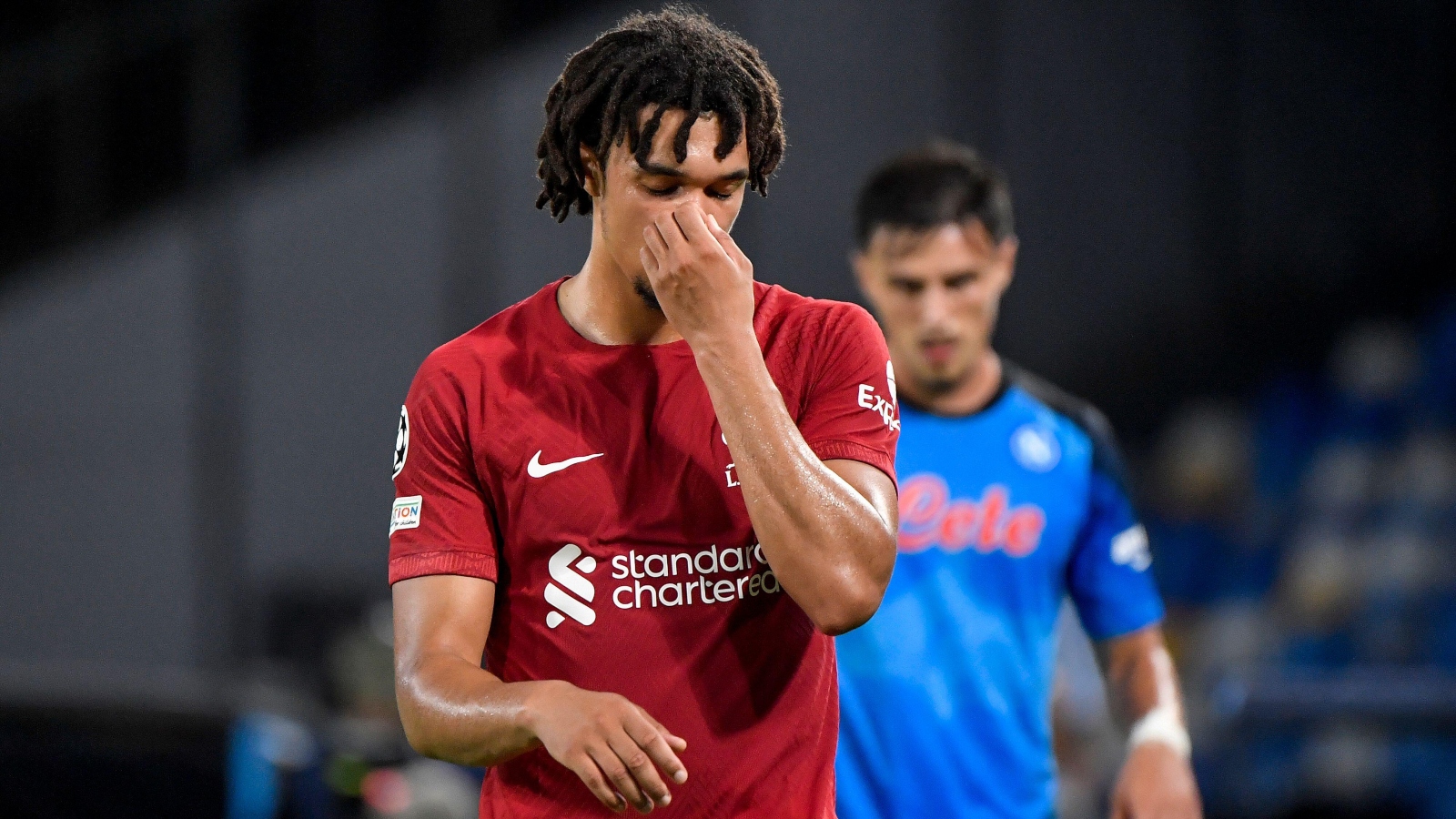 Trent Alexander-Arnold has revealed what Jurgen Klopp has done since the Liverpool manager admitted the team needed to “reinvent” themselves.

Liverpool have endured a difficult start to the season and currently sit eighth in the Premier League having won just two of their opening eight games.

Alexander-Arnold admits it’s been tough with the games coming thick and fast.

“I think I’m getting there, personally,” the Liverpool right-back told Red Bull.

“It’s hard because it’s been different to how other seasons start, because normally you’ll have like three or four games in August, at the weekends, and then it’ll be internationals, then they’ll start to introduce the Champions League, then it’ll be another international…

“I always see the first part of the season as like three little blocks of four weeks with the internationals breaking them up, and each time you’ll play a little bit more football.

“Whereas now it’s like from the get go you’re in at the deep end.”

The England international said their first defeat to the season, to Manchester United at Old Trafford, left Klopp with plenty to say.

“The manager speaks directly after the game,” he added, “and then we have a meeting the following day as well for five minutes or so, and the manager will speak again about the game when he’s had a bit more time to process it, and it’s not just acting on emotion.

‘That [United] game was probably the big, bad game we had early on in the season, which was rough.”

But Klopp’s words didn’t have the desired effect and the season nadir followed as they lost 4-1 to Napoli, in a result which left the Reds manager admitting he needed to “reinvent” his side.

“I would say the result felt right because it’s what we deserved, but in terms of how we played we didn’t feel right on the pitch,” admitted Alexander-Arnold.