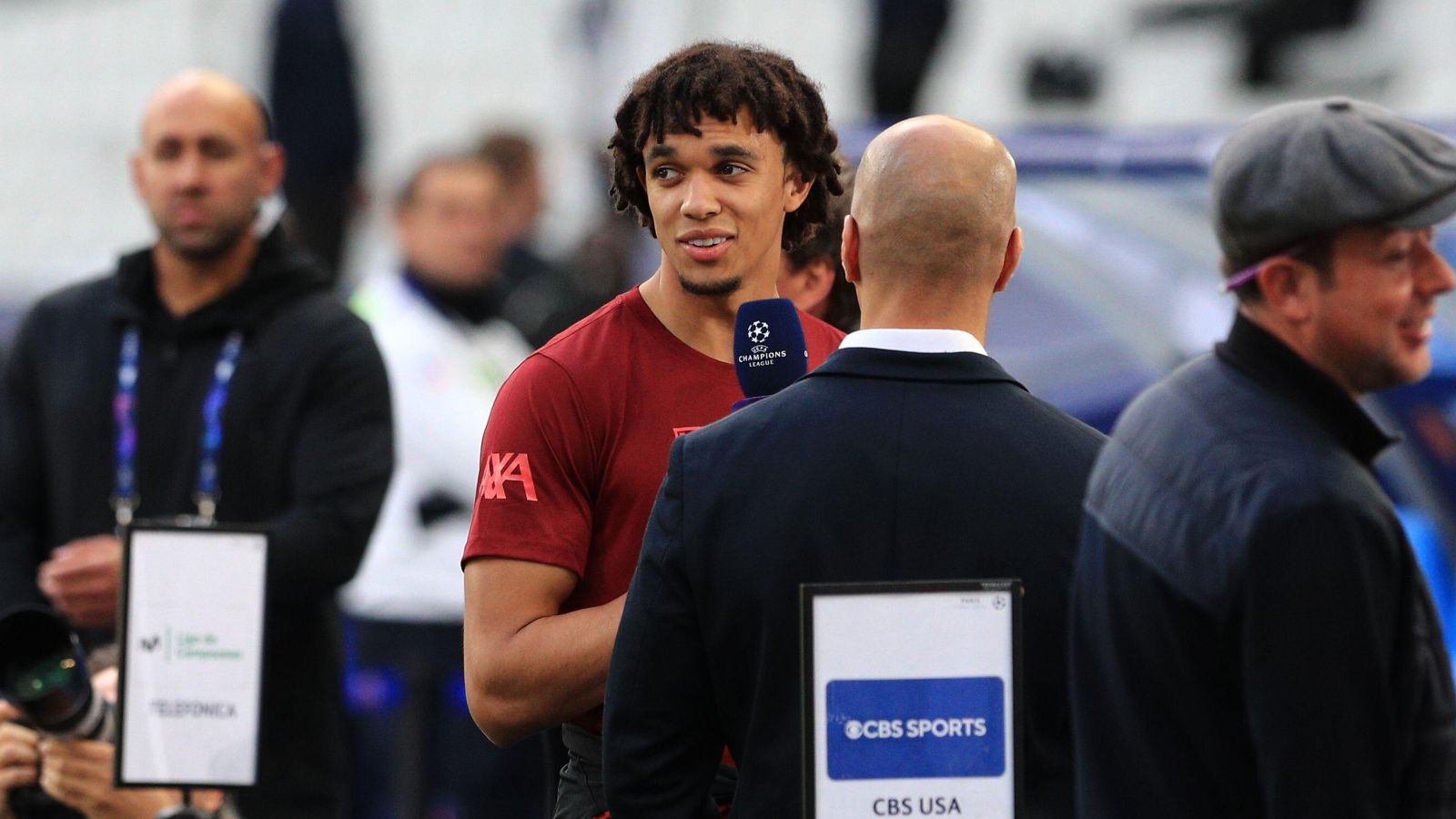 Trent Alexander-Arnold does not think there is any better way for Liverpool to get over their Premier League heartache than playing in the Champions League final.

Jurgen Klopp’s side have already won the Carabao Cup and FA Cup this season. They beat Chelsea on penalties in both finals.

An unprecedented Quadruple was on the cards, but they were a point behind Man City heading into the final day.

Aston Villa’s shock two-goal lead at the Etihad Stadium brought hope of an incredible title win to Anfield, only for a jaw-dropping City turnaround to see the Reds finish as runners-up despite their win against Wolves.

It was a gut punch that Alexander-Arnold insists will have no impact on Saturday evening’s shot at Champions League glory against Real Madrid in Paris.

“We put that behind us,” the right-back said. “I think we have the experience this season to focus on the competition that we have ahead of us.

“We played in all four competitions and got all the way in all of them.

“For us, we found it useful to forget about the other competitions and focus on the one that you’re playing in.

“Obviously this one is the Champions League final. Whatever’s happened before (has happened).

“Last week, yeah, was disappointing. It was hard to take at the time, but you put that behind you.

“It takes a day or two to get over and then you’ve got a Champions League final to prepare for.

“What better way to get over a bit of disappointment then to come here to Paris, an amazing venue, and play in the best club competition in the world.”

Alexander-Arnold is relishing the opportunity to come up against “European powerhouses” Real Madrid at the Stade de France, where talk of revenge has punctuated the build-up.

Liverpool lost in galling circumstances to Los Blancos in the 2018 Kiev finale, but bounced back to lift the Champions League the following year by beating Tottenham in the Spanish capital.

“To even be in with a chance of winning a second Champions League title at this young age is special for me, as it is for everyone,” 23-year-old Alexander-Arnold said at a press conference in the bowels of the Stade de France.

“There’s been many, many legends of the game that haven’t had these opportunities, so to be here is a privilege for me.

“But I think it goes without saying that we’ve got world-class opponents standing in our way tomorrow as a team, so we need to be all at it to even come close to lifting that trophy again.”

Saturday evening’s Stade de France showdown provides the biggest moment of a season that has seen Klopp’s fabled “mentality monsters” play in every match that has been available to them.

An incredible show of collective skill and spirit, Alexander-Arnold clearly retains that focus as Liverpool go in search of the club’s seventh European crown.

“I think you can try your best to say it’s just another big game but everything that comes around it – the press conferences, the media days, training on the pitch and stuff like that is something we don’t do regularly,” Alexander-Arnold added.

“There’s things different about the game but I think we embrace these occasions.

“These are the ones when you’re working hard behind the scenes, these are the occasions that are in your mind and that’s what makes you go that step further.

“We’re excited to be here. I think we feel like we deserve to be here. We haven’t got here through luck.

“We’ve had a tough run, we’ve had an incredibly tough group stage and we’ve been able to see off all our opponents so far.

“But, like I said before, there’s one more game. Last game of the season for us as a team and as a club.

“It’s a special game, it’s the one that everyone wants to play. It’s a special competition, it’s the game of the season, so to be here is good but to win it would be even better.”