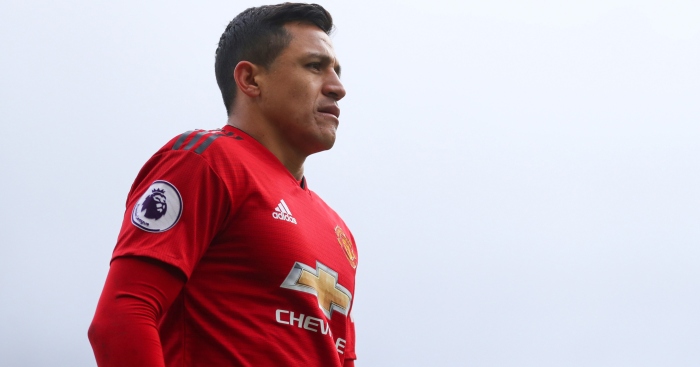 Reports on Friday morning suggest Manchester United are prepared to pay Alexis Sanchez £13million to play for someone else next season. Ed Woodward acknowledges the signing was a disaster, and the stats offer Sanchez little defence…

– Sanchez fares even worse in the Champions League, with 13 players having played more in Europe. Fred has amassed more minutes in the  Champions League despite a) joining half a season later, and b) being a similar waste of money.

– Sanchez has completed 90 minutes just once this season in all competitions – on the opening weekend of the Premier League season.

– Sanchez has started fewer Premier League games than 14 of his United team-mates.

– Still, given he earns a £75,000 bonus for every first-team start, Sanchez has earned £2.25million just for being named in 30 XIs in all competitions.

– Football Leaks says Sanchez stands to make £2m for reaching a combination of 40 goals and assists. Almost a season and half into his United career, in all competitions, he has only five goals and nine assists.

– Factoring in Sanchez’s basic wage and his starting bonus, the 30-year-old has cost United over £5.6million per goal.

– In the Premier League, Sanchez’s three goals have come at a cost of £9.1million.

– The opponents for those Premier League goals: Huddersfield, Swansea and Newcastle.

– Sanchez is yet to score a Premier League goal away from Old Trafford.

– Chris Smalling is among the United players to have scored more Premier League goals.

– 37 players have more Premier League assists than Sanchez since he moved to Old Trafford.

– One. Sanchez has managed only a single, solitary shot in the Champions League for United.

– Creatively, only Pogba (61) has created more chances for United in the Premier League than Sanchez (46).

– Sanchez is 50th among Premier League players for chances created since he joined United.

– 36 players in the Premier League have created more Big Chances than Sanchez.