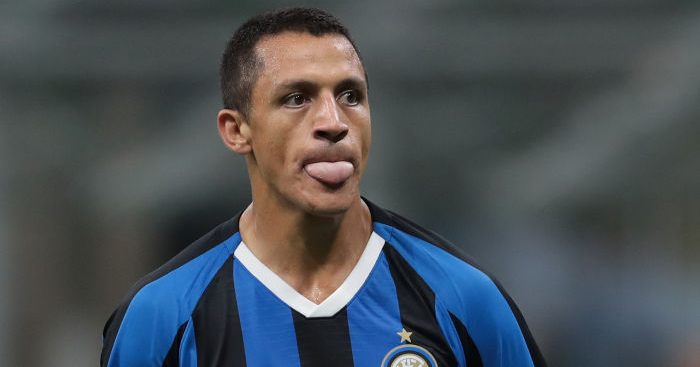 Alexis Sanchez wants to remain at Inter Milan after his loan spell and doesn’t want to return to Man Utd, according to reports.

He was sent on loan to Inter Milan in the summer but has been unable to establish himself under Antonio Conte due to injury. However, the Italian side are understood to be keen on bringing him to the club permanently at the end of the season with his form improving since lockdown.

There have been reports over the last couple of days that Sanchez had agreed a deal with Inter but that Man Utd still wanted a £15m fee for the Chilean.

And now the Daily Star explains that Sanchez is on a ‘collision course’ with Man Utd as he’s ‘keen to secure a permanent move’ to Inter.

The Red Devils are ready to ‘give him another chance to prove himself’ at Old Trafford but it seems the Chilean has other ideas.

The 31-year-old is ‘expected back in Manchester next month’ when his loan deal at the Serie A side expires with Man Utd chiefs believing ‘he can still have an impact’.

The report adds that Sanchez has ‘no intention of heading back to Manchester and has made it clear to United bosses that he sees his future elsewhere.’

United’s apparent interest in Jadon Sancho is likely to ‘leave him further down the pecking order’ at Old Trafford while he was already understood to be ‘an outcast in the United dressing room’.

Despite previous reports suggesting the Red Devils would accept £15m for Sanchez, the Daily Star says that Inter are willing to pay £30m if the Chile international lowers his wage demands.

Finally a source adds: “Alexis doesn’t see the point in going back to Manchester. He’s happy where he is. It just didn’t work out for him at United and wants the club to accept that he wants to leave.”