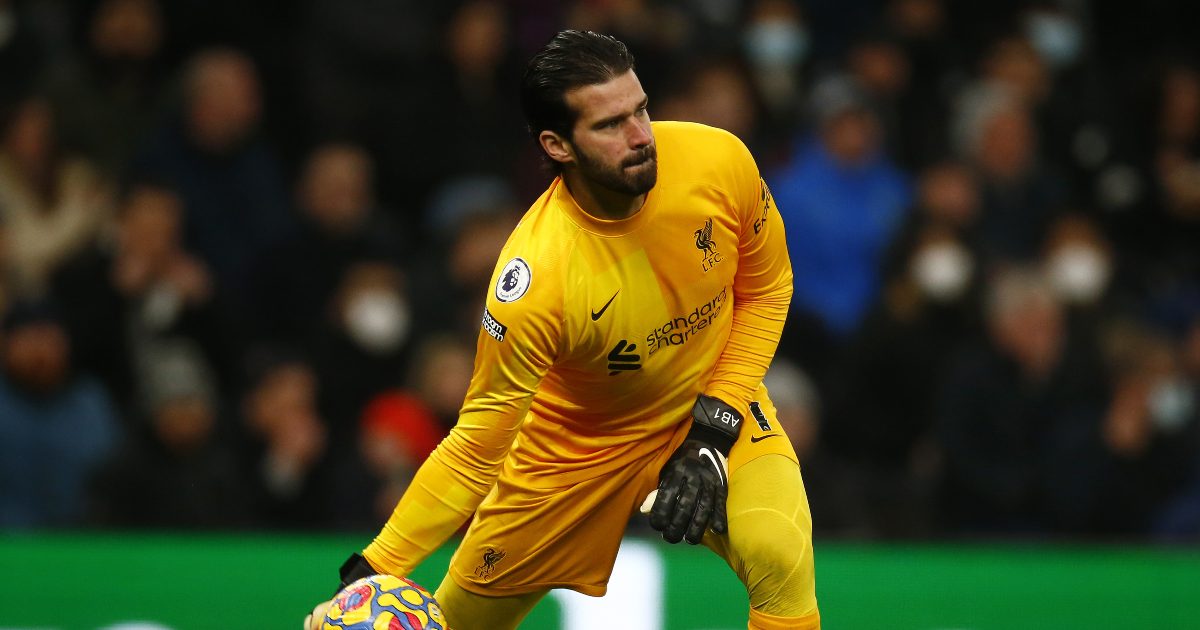 Alisson has discussed Liverpool’s upcoming run of games over the festive period and he admits that it is a “really tough” run of fixtures.

Liverpool currently sit second in the Premier League. They have only lost once this season but five draws have seen them fall three points adrift of Man City.

In their last league game, they played out a 2-2 thriller with Spurs at The Tottenham Hotspur Stadium.

In midweek, Liverpool booked their place in the Carabao Cup semi-finals. This came as they beat Leicester City on penalties after they drew 3-3 in normal time.

Liverpool are not in action on Boxing Day, as their scheduled game against Leeds United has been postponed.

Jurgen Klopp’s side have games coming up against Leicester City and Chelsea. They also face Arsenal over two legs in the Carabao Cup.

Alisson has spoken on this run, as he believes that it is a “really intense period” for Liverpool:

“So far really good. I believe we are doing a great job here, all the team good performances,” Alisson told Liverpoolfc.com.

“This period of the season is a really intense period and it’s really a mentality game. It’s really tough, physically speaking, but I believe that we are doing really well with these situations, having the results that we need.

“But we still have a lot of things to improve, to keep improving through the season but I’m happy about what we did so far.”

Alisson went onto acknowledge that this period of the season is going to be vital for Liverpool:

“It’s a really intense moment now and everybody knows how important this moment is for the rest of the season,” the Brazil international added.

“Can you keep consistency? Can you keep winning these short games that we have, in terms of intervals between each other?