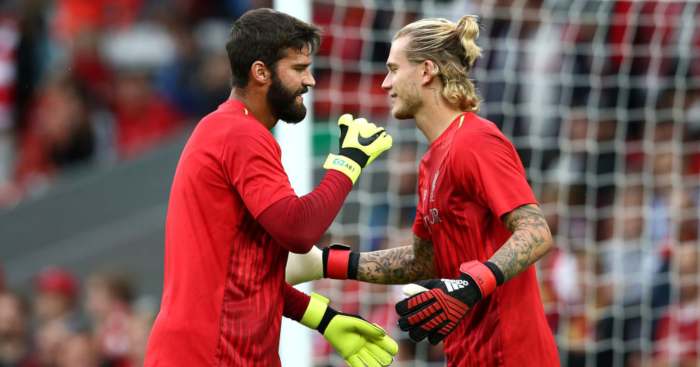 Karius joined Turkish side Besiktas in the summer on a two-year loan deal after a nightmare Champions League final for the Reds in which he conceded two howlers as Real Madrid won 3-1.

“I was saddened,” Alisson told ESPN when asked how he felt watching Karius’ mistakes last season. “We know the feeling of making a mistake in a competition as big as the Champions League; it’s something that can stick with you for the rest of your career.

“But in life we always have the chance to make it better. I try to stay aware of everything. When I do something well, I don’t let it get to my head. And when I make a mistake, I don’t let it either.

“I don’t think you can put it one guy’s shoulders. The team has 11 guys.

“When we win, everyone wins. And when we lose, everyone loses. It wasn’t Karius who lost that match, Liverpool did. This year we have a new opportunity, my first one.

“We will do everything to win and try to ease the pressure of being in the Champions League final.”