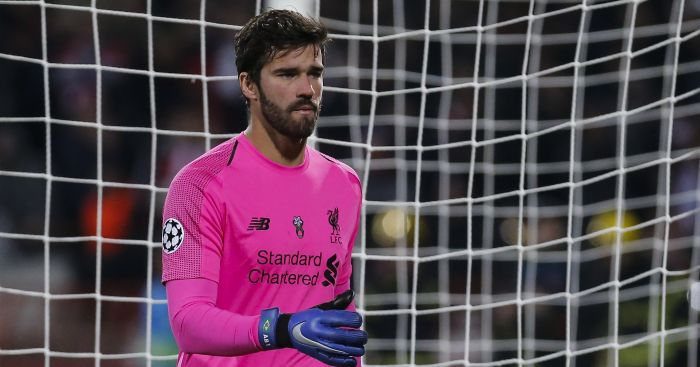 Liverpool made Alisson the most expensive goalkeeper in history when signing him for around £56m from Roma in the summer.

The Brazilian only briefly held that title, with Kepa Arrizabalaga displacing him upon his move to Chelsea from Athletic Bilbao.

But Alisson, whose other Premier League rivals include David de Gea, Ederson, Hugo Lloris and Fraser Forster, believes the standard is being set in Spain by Atletico Madrid’s Oblak, and Ter Stegen of Barcelona.

“I like Oblak; he’s one I follow very closely,” Alisson told Goal. “And Ter Stegen. Both of them are greats.

“There are others, but at this point, these are the ones that are showing more.

“Very high technical level, very high concentration level too; they are raising the competition level among us goalkeepers.

“It’s a healthy competition to see which of us will be the best at the end of the year.”