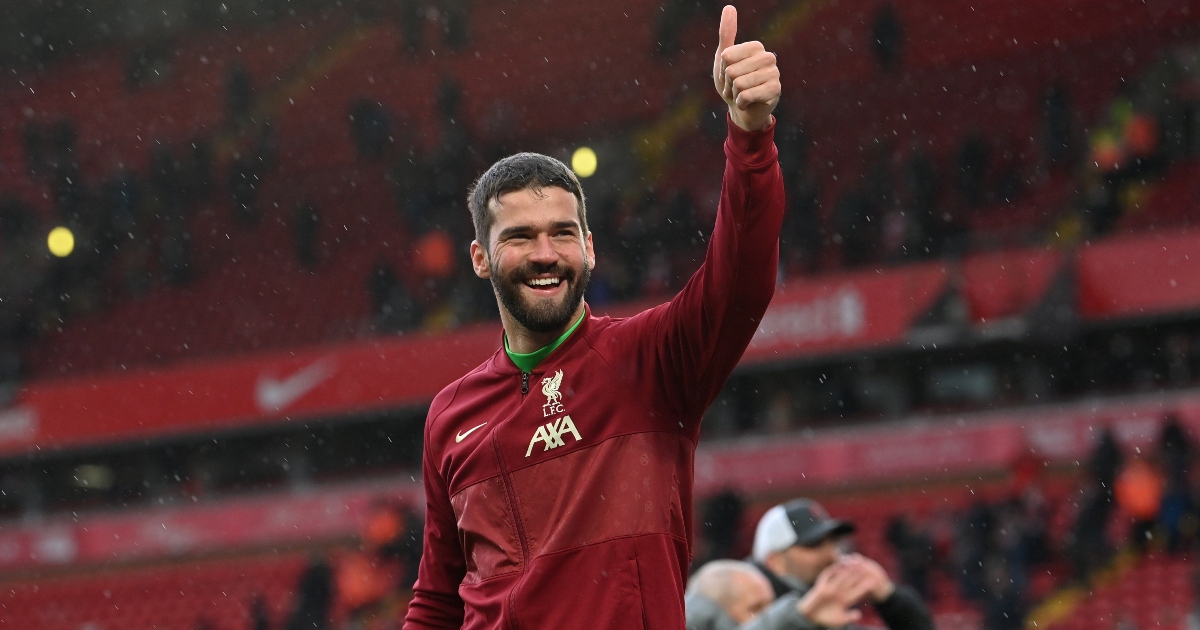 Joining Trent Alexander-Arnold and Fabinho in signing contract extensions in the last week, the Brazilian has committed his future to the Reds.

There are more planned with Virgil van Dijk, Mohamed Salah, Sadio Mane and Andy Robertson all in line for new deals.

The 28-year-old joined from AS Roma in 2018 and has been a key player for Jurgen Klopp ever since his arrival.

He has made 130 appearances for Liverpool so far, keeping 57 clean sheets in the process.

Without that goal, it is likely that the Merseyside club would have finished outside the top four.

What a fella 🤩 #AB1 pic.twitter.com/ZE5TkMUhXA

Speaking about the deal, he told the club’s official website: “I think I didn’t waste too much time to think about that. It’s something we just built in those last three years, the confidence, the trust that I have in the club and the club has in myself.

“We have to set goals and we have to set them high – winning everything that we are playing [for], the Champions League, Premier League, the cups, everything. I think we can start from there.

The Brazil international has won the Champions League and Premier League since joining from Roma.

He has also been nominated for numerous individual awards. Alisson finished seventh in Ballon d’Or standing in 2019 and was named the FIFA Best Men’s Goalkeeper in the same year.