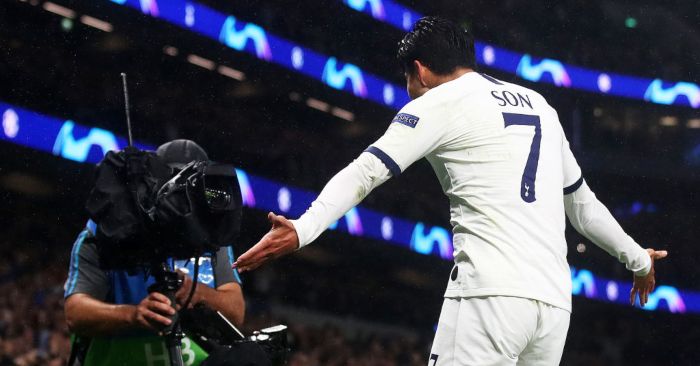 Peter Reid was unflattering but real. John Sitton was sweary but raw. These modern efforts, like the Spurs one, are too glossy.

With the release of the All Or Nothing: Tottenham Hotspur documentary, following similar outings from other clubs in Europe, it’s clear that not only is there a market for them but that they can be used for PR purposes; that may be the primary reason they even exist.

Reports that some of the scenes in the Spurs effort feel forced or staged only adds to the notion that the audience is being spun by such films. The Manchester City effort looked more Hollywood than Hulme. First Team: Juventus looks as amazing as a TV series, but was it reality in any meaningful way?

Slickly produced films like All Or Nothing can never reflect reality the way it is lived and, indeed, do not intend to do so. Spurs will surely have had much say in the editorial process either literally or by influence from the start. The glossy production values suggest it is an extended advertisement; a brochure to sell the club, keep fans on board with season-ticket sales and generally give the impression of being modern and groovy and, crucially, worth your financial support.

While anyone interested in football is bound to watch such shows, the risk is that by letting light in on magic, the public sees that actually there is very little interesting about their club, its players, executives or manager. Glamour is usually removed by exposure. What appears to be the high life when imagined, what seems to be sophisticated at remove, is revealed to be neither when the camera is pointed at them.

When all is said and done, football is just some blokes kicking a ball around and when they’re not doing that, by and large they are usually of little interest to us. This isn’t to have a pop at footballers especially, it’s just the nature of how life is when it is filmed. Unless you’re Robin Williams, point a camera at us and we’d doubtless all seem as dull as Harry Kane, god bless ‘im. They are not employed as entertainers anywhere except on the pitch, so you’re not likely to get any wit or erudition out of them in a doco.

It is easy to get disillusioned. If you’ve ever seen The Decline of Western Civilization Part II: The Metal Years, Penelope Spheeris’ documentary about the glam metal bands and lifestyle on Sunset Strip in 1988, it did more to hasten the decline of the scene than any number of grunge bands. In interview after interview, the stupidity, the sexism and the cartoonish narcissism was so heinous that it was impossible to even laugh at it. It burst the bubble. This wasn’t glamorous. It wasn’t rock ‘n’ roll. It was just awful. And very boring. For all a scene or two were staged (possibly as per All Or Nothing) there was an overriding truth revealed. And we didn’t like what we saw.

These football films about clubs are not likely to see one of the protagonists lying on a bed underneath three half-naked women, or pouring vodka over their head before passing out. Even so, revealing the inner workings of clubs, even in a sanitised form risks, if not exactly alienating viewers, then making them feel that the club ain’t all that, that they’re paying an awful lot for not much. You’ve got to be careful. If you reveal everyone is ordinary, then why are they so highly remunerated? But reveal them to be living an elitist rarefied life and people will take against them.

The camera might love Jose Mourinho at Spurs but does it reveal someone who is doing a job that is in any way worth £15million per year? The risk is, it reveals someone who is now very much one out of the bottle and provides food for future disillusion. In some ways, the fact he’s so good on camera makes him seem less real and more like a movie star playing a role.

We tend to enjoy the grit of reality more than the polish of expensively produced marketing. Premier Passions, which focused on Peter Reid’s relegation-bound Sunderland team in the 1996/97 season, was raw and real and for all his flaws, Reidy probably enjoyed many well-paid appointments on the back of it. Indeed, our view of him to this day is in part shaped by that documentary. By showing him in what might be supposed today to be an unflattering light – swearing (brilliantly) and shouting at everyone – he emerged as a kind of anti-hero despite the club going down.

Similarly, 1995’s Orient: Club for a Fiver, was red in tooth and claw and featured that legendary John Sitton rant.

For anyone who hadn’t been in a dressing room 3-0 down at half-time, this showed us what it was actually like.

You can’t fake that sort of insanity and no amount of HD lush camera work can drum up the emotions in the viewer that it engenders. So while All Or Nothing and its ilk is interesting and looks great, it is ultimately part of a fashion for a version of reality that is so shaped and edited that it doesn’t feel real at all.