Home Arsenal When we all screamed “f*** off”, the Super League crumbled 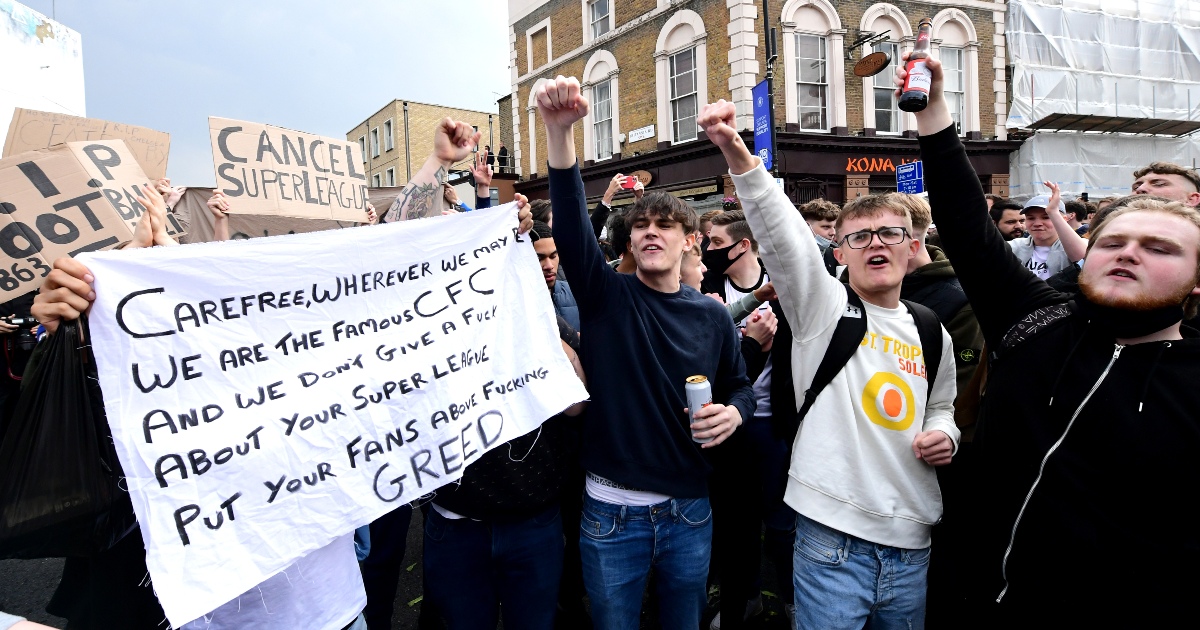 We do not yet know whether the greed of Florentino Perez, Joel Glazer and their various acolytes is so overwhelming that they will try and continue with this ludicrous plan but the truth is that its viability has been destroyed in just a few short days. It looked ridiculously ill-conceived without the Champions League holders Bayern Munich and current semi-finalists PSG on board, but it now looks impossible as Manchester City and Chelsea listened to players, managers, pundits and most importantly fans and concluded that they had allowed themselves to be swayed and swept away by peer pressure. And when your peers are pricks, that’s a dangerous game.

We can ask another day whether grown-assed billionaires should ever suffer from FOMO, but it seems that some of the dirty dozen’s commitment to this new world order was paper-thin. They had been cajoled and caroused and convinced that to be left out would be to be left behind, but then panicked as e-mails arrived from fans cancelling membership and players voiced their anger at being a) left out of the loop and then potentially b) left out of World Cups and European Championships. For all the propaganda about footballers and their naked greed, most did not take up the sport to play in a plastic ‘competition’ in which jeopardy has been eradicated.

The moment that Pep Guardiola felt emboldened enough to talk at length on the subject and the club merrily tweeted his entirely unsupportive words, you knew there were cracks. Then when Petr Cech stood outside Stamford Bridge and pleaded for “time”, you knew those cracks had already become massive chasms. Those six Premier League clubs really had nothing in common barring their stature; some knew almost immediately that they had chosen the wrong side. The unity, the solidarity, the justice – that all belonged to the overwhelming majority who were screaming “f*** off” in their faces.

Chelsea gone. Manchester City gone. Ed Woodward gone. Liverpool players making their own stance loud and clear in an act of defiance. It was almost worth all the anger and nausea of the previous 48 hours for the redemption and release of Tuesday night, when we were reminded that there are forces greater than greed and that the greatest force of all is the power of the collective.

We must never forget. We can say “f*** off” again and we absolutely must.