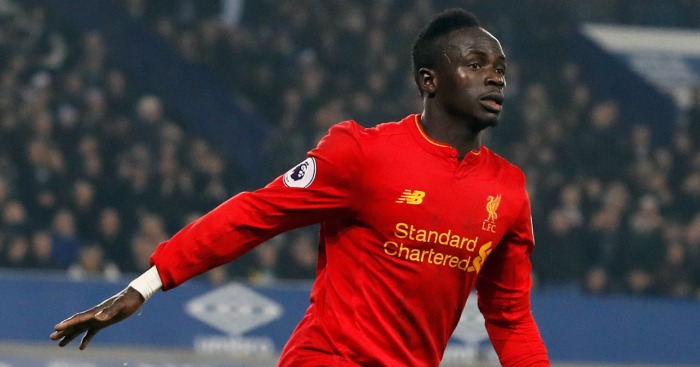 Liverpool forward Sadio Mane was a double winner at the club’s end of season awards ceremony.

The Senegal international, currently sidelined after a knee operation, was voted both the players’ and supporters player of the year. And we named him in our top 10 attacking midfielders of the season, too.

Despite being out since April 1 Mane is still the club’s leading scorer with 13 goals, and his importance to the side has been highlighted in his absence with 11 points taken from the six matches he has missed and only seven goals scored.

“I just want to thank my team-mates and supporters for giving me this honour,” he said.

“It means so much to me. I feel at home at this club and in this city.

“My team-mates, the staff, the manager and the supporters have all made me feel so welcome since I joined the club.

“I have loved every minute of playing for Liverpool this season and can’t wait to get back fit to help the team again.”

Mane will hope to have Champions League football to look forward to when he returns next season.

Liverpool have two matches remaining and six points would guarantee a top-four finish, although results elsewhere involving Arsenal and Manchester United may mean a maximum return is not required.

Despite some scratchy performances of late which have made securing a Champions League spot trickier than it may have been, manager Jurgen Klopp, who presented Mane with his players’ player award, is satisfied with how things have gone.

“I am absolutely okay with this season but we want as much as possible. We have two very important games left,” he said.

“I thought the boys did really well in a lot of games. We’ve had some fantastic performances in some games.”

Eighteen-year-old Trent Alexander-Arnold, who made his debut in the EFL Cup win over Tottenham in October and has gone on to make 12 first-team appearances, was named young player of the season.

“This season has been unbelievable being in and around the first team. My goal at the start of the season was to try to play with the under-23s as much as I could and it has really gone well,” he said.

Ben Woodburn, who became the youngest goalscorer in the club’s history with his strike against Leeds in the EFL Cup in November aged 17 years and 45 days, won academy player of the season.

“This award means a lot. I’ve been working hard all season to try to be the best I can,” said the teenager.