Allan has signed a three-year contract with Everton for an initial fee believed to be around £21.7million. 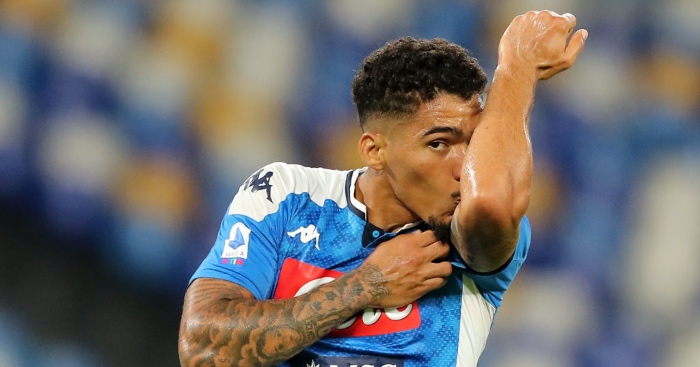 Everton have made their first signing of the summer with the arrival of Brazil international Allan from Napoli.

The 29-year-old midfielder is reunited with Toffees boss Carlo Ancelotti, with whom he worked at the Serie A club, after signing a three-year contract for an initial fee believed to be around £21.7million.

Allan, who featured in 61 matches for Ancelotti at Napoli, admitted he could not turn down the opportunity to work with the Italian again.

“It is a real pleasure to sign for Everton. I am immensely happy to be here,” he told evertontv.

“I hope, like I have done in my entire career, I contribute with my performances together with my team-mates and that I put in some great games, great performances and win important things.

“It is a club with a rich history in the Premier League, has real ambition and then there is Professor Ancelotti. He has done everything possible to bring me here.

“It is the size of the club and the name of the coach which means you don’t think twice about coming to Everton.”

Midfield is an area which Ancelotti was keen to strengthen after a disappointing end to last season with performances fading after a bright start following his arrival in December.

As a result the club are also set to bring in another of Ancelotti’s former players James Rodriguez from Real Madrid and Watford’s Abdoulaye Doucoure.

Allan
Your browser is out-of-date!