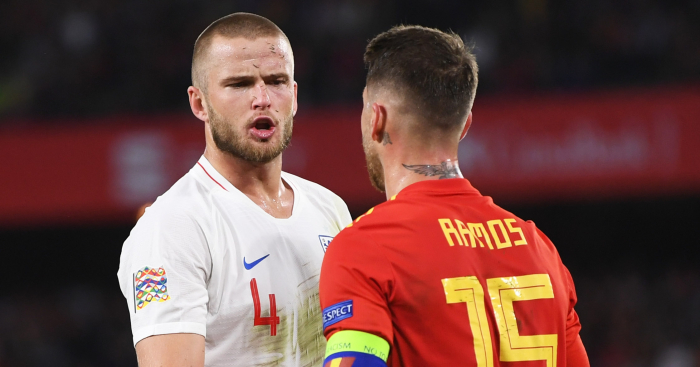 Sam Allardyce has admitted that he “really slipped up” when comparing Sergio Busquets to Eric Dier.

Allardyce saw fit to compare a midfielder with 30 trophies to one with a single League Cup runners-up medal after England beat Spain on Monday.

The former England manager said that Dier is “no better or worse” than the Barcelona man, who was “out of sorts” in Seville.

But he has now partially backtracked on those comments, saying they were simply an attempt to fight what he deems to be unnecessary criticism of Dier.

“I tell you, I really slipped up, I suppose, a bit,” he told Sky Sports. “But it was on the night, on the day, he was better than him.

“I mean, in career terms he’s not. What I was, was sticking up for Eric Dier on the amount of stick he’s been getting. ‘He’s not good enough for England’ and all this. ‘He shouldn’t be playing’.

“You know what I mean? A lot of negative comments in the press I’ve read about him.”

When asked whether it’s because he does “a lot of the ugly stuff”, he replied: “Of course it is. Simple.

“Great tackle this, look (on Sergio Ramos). That set a great standard, I think, for England on the night. Look at that tackle. Lovely.

“In all fairness, you’re not allowed to do that now, sadly. You’re not allowed to take the ball and the man like that anymore. But you know, that’s a shame because it’s as good a challenge at the stat of the game, that gets everybody in the right frame of mind, like a good pass would be, or a good header, a good shot.”