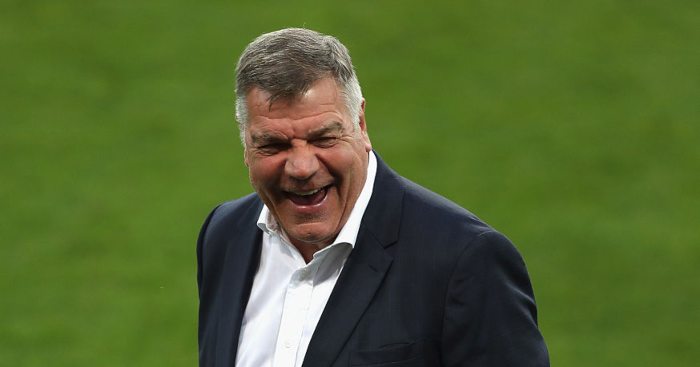 Sam Allardyc has declared Arsenal one of West Brom’s relegation rivals as he looks to rescue the Baggies from the Premier League drop zone.

The Gunners were roundly beaten 4-1 in their Carabao Cup quarter-final clash with Manchester City at the Emirates Stadium on Tuesday night.

Having made eight changes for the match, Mikel Arteta saw his former club ease into the last four as Gabriel Jesus, Riyad Mahrez, Phil Foden and Aymeric Laporte all scored on their recalls to the City side.

FEATURE: Ranking festive fixture lists: Who has the nightmare run?

Alexandre Lacazette had equalised against the run of play but other selections back-fired as Gabriel Martinelli hobbled off injured on his first start in over nine months and second-choice goalkeeper Alex Runarsson endured a night to forget.

A knee injury had kept Martinelli sidelined but – despite limping out of the game moments after the second-half began, following an earlier challenge from City goalkeeper Zack Steffen – the Brazilian is only expected to miss a few days.

Arsenal are now without a domestic win since a 1-0 victory at Manchester United on November 1 and sit 15th in the Premier League table heading into a Boxing Day London derby at home to Chelsea.

When asked if Arsenal were rivals at bottom, new West Brom boss Allardyce responded: “Absolutely. They haven’t won a PL game for almost double figures (is seven, one win in 10). Getting beaten last night, even though not in the Premier League drains confidence of Arsenal’s players. They will be wondering what has hit them.”

Asked Sam Allardyce if @Arsenal were rivals at bottom: “Absolutely. They haven’t won a PL game for almost double figures (is seven, one win in 10). Getting beaten last night, even though not in PL drains confidence of Arsenal’s players. They will be wondering what has hit them”

Meanwhile, Arteta’s former mentor, Pep Guardiola, thinks the Gunners should stick with the Spaniard or risk making a “big mistake”.

“I’m pretty sure they are going to trust him,” said Guardiola.

“They will do a big mistake if they are thinking [of dismissing him].”