Home Uncategorized Allardyce: I was just trying to help out a friend 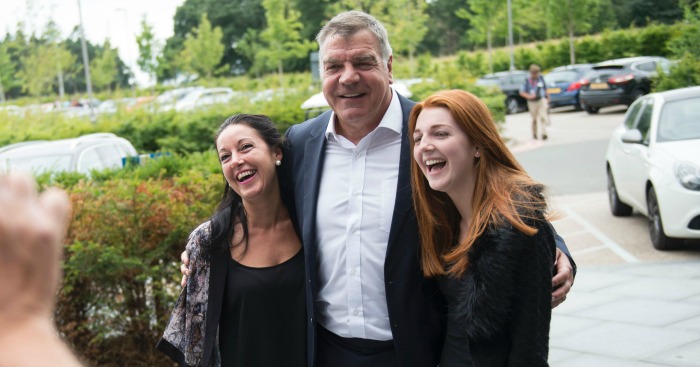 Sam Allardyce has spoken out for the first time, claiming that he lost his England job for trying to help a friend.

In his first public interview since leaving his role as England manager by mutual consent on Tuesday evening, Allardyce blamed his agent for the whole mess.

“Obviously I have to do this before I go away. On reflection it was a silly thing to do.

“I was trying to help someone out I knew for 30 years and unfortunately it was an error in judgement on my behalf.

“Entrapment has won on this occasion and I have to accept that.

“The agreement was done very amicably, I apologised to the FA and to all concerned for the unfortunate situation that I put myself in.

“I have a confidentially agreement lads, I can’t answer any more questions just now, I’m going on holiday to reflect.

“I would like to wish Gareth and all the rest of the England lads the very best.

Earlier on Wednesday, Allardyce told Sky Sports News HQ that he was simply “trying to do a friend a favour”.

“The big questions everyone is asking, why did he do it?” said reporter Kaveh Solhekol. “Is he being greedy? Why did he go and have this meeting? Why did he enter talks about earning an extra £400,000 when he is already the highest paid international manager in the world?

“His explanation for this is all to do with a man called Scott McGarvey, one of the agents that set up the meeting.

“Sam Allardyce says he first and foremost went to this meeting because Scott McGarvey is a person he has known for 20 to 30 years.

“He says he went because he knew Scott McGarvey was desperate to get a job from these people, who turned out to be undercover reporters. They were offering him a job with a salary of around £260,000-a-year and a company car.

“Sam Allardyce says that is why he went to the meeting and not because he was being greedy or wanted to earn more money. He says he was trying to do a friend a favour.”