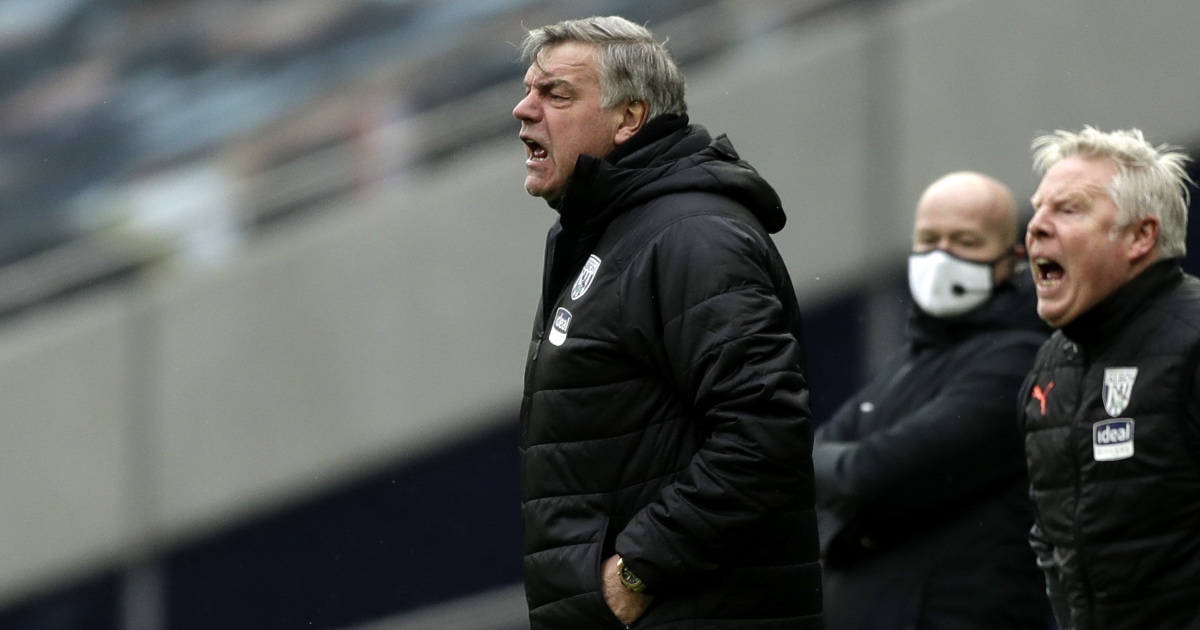 Sam Allardyce has suggested that if he keeps West Brom in the Premier League it would be his “greatest achievement” as a manager.

Allardyce was confirmed as the new Baggies boss in December 2020. He replaced Slaven Bilic who departed the club when he was two points adrift of safety. This is the Englishman’s first managerial job since he left Everton at the end of the 2017/18 season.

West Brom is the seventh club he has been in charge of in the Premier League and he has never been relegated as a manager.

The former England boss has only managed to pick up two wins from his 16 games with West Brom so far. They have also drawn five and lost nine.

This form leaves them 19th in the Premier League and they are eight points behind 17th-placed Brighton. Speaking during his latest press conference, as cited by BBC Sport, Allardyce claimed that keeping West Brom up this season is a tougher test than when he did it with Crystal Palace:

“We turned more victories in at Palace than we did at West Brom. The big slip up is too many draws compared to victories. We can only hold ourselves accountable for that. Left us in a more difficult position than we were in at Palace. Only 10 games left.

“This would be the greatest achievement because of the number of points we need with 10 games to go. A lot more difficult.”

On Matt Phillips: “Matt had Covid pretty bad. When he arrived back we saw the physical impact meant we needed to give him longer.

“He has worked extremely hard in terms of getting himself back into peak condition. His physical output has gone through the roof. Matt’s situation has been a real eye-opener for me.”