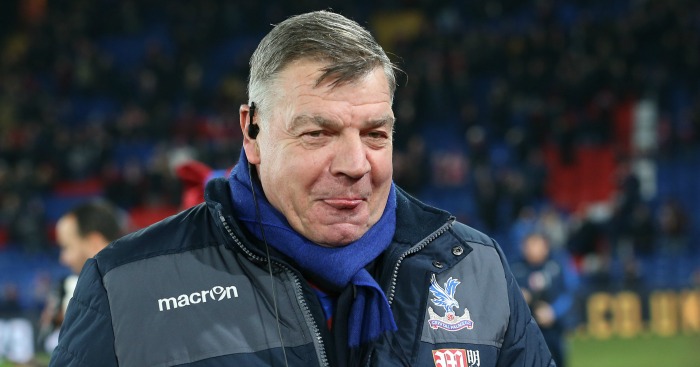 Sam Allardyce has scoffed at suggestions that Everton will court Marco Silva in the summer.

Allardyce was appointed Everton manager on an 18-month deal earlier this week after the Toffees spent over a month sourcing a replacement for Ronald Koeman.

Silva of Watford was believed to be their first choice, but the Hornets were unwilling to lose a manager they only appointed this past summer.

When asked whether Everton might renew their interest in Silva in the summer, a bullish Allardyce replied: “Lets put it this way. If you look at my track record why wouldn’t I be here irrespective of Marco Silva?

“I have every respect for Marco Silva and I am not criticising Marco Silva but Marco Silva’s track record has got no comparison whatsoever with mine because he got Hull City relegated.

“That is perception. We have to not live in perception at our level. We have to live in reality and the reality is that I was spoken to and I pulled out and then I came back in because they felt it was the right thing to do.

“I don’t know what went on before with Marco Silva or whether Marco Silva was before me, after me or in between me. All I know is they came for me and I said yes. I am not saying wait and see. I am coming.

“The club, I think, wanted to give David Unsworth the job, first and foremost, before me and Silva. That is how it is. That is fine.

“You can’t put all your eggs in one basket. You have to see what is out there.”

Because Allardyce would definitely have kept Hull up last season. Definitely.