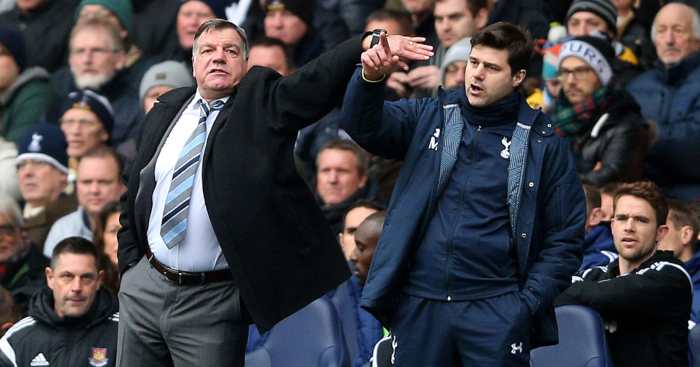 Sam Allardyce doesn’t think Mauricio Pochettino will leave Tottenham “at the moment” and certainly not to Manchester United.

The future of Pochettino has been questioned intensely in recent weeks, with the club struggling to settle this season just a matter of months after reaching the Champions League final.

Tottenham are 9th in the Premier League table, having lost as many games as Sheffield United and Brighton, with their 7-2 shellacking against Bayern Munich feeling like the end of an era.

The Argentine has been heavily linked with the managerial role at Old Trafford over the last couple of years and. with Ole Gunnar Solskjaer under pressure too, those rumours have surfaced again.

However, Allardyce thinks the lack of quality in United‘s squad would deter Pochettino from taking the reins in the near future.

“At the moment, Tottenham are a better squad than Manchester United – and that is a telling fact.