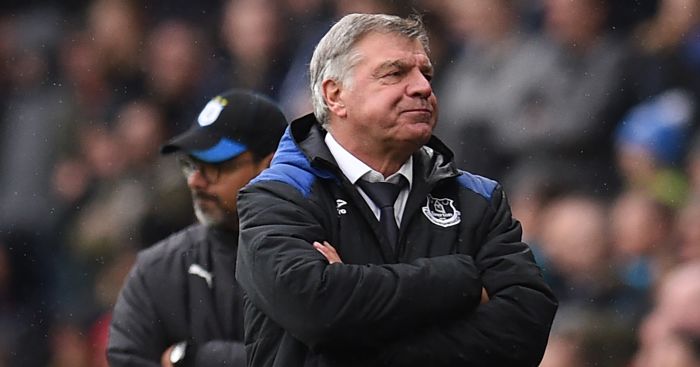 Ex-England boss Sam Allardyce has admitted that it would be “very unlikely” he would replace David Wagner at Huddersfield Town.

‘Big Sam’ has got a reputation for being a Premier League firefighter, guiding a number of clubs to safety after taking over in relegation trouble.

Allardyce had been the bookmakers’ favourite to take over from Wagner, who left on Monday in a surprise departure, but the former Everton boss has all but ruled himself out of the running.

“As much as I like Huddersfield, it’s a very difficult job indeed,” Allardyce told Alan Brazil on talkSPORT.

“For me, and I know the fans won’t want to hear this, it’s got to be about planning for relegation and then planning to get back into the Premier League.

“For me, at this stage of my life if they made an approach I would chat with them, but I think it’s very unlikely, Alan.

“They’ve only scored 13 goals in 22 matches, and while I’ve managed to pull teams out of the bottom end, at Sunderland I had Jermain Defoe scoring 18 and at Crystal Palace I had Christian Benteke who scored 15 goals.

“Huddersfield’s trouble is not their performances, it’s a lack of goals and we all know what it means when you have a goalscorer.

“I’ve watched a lot of their games and they’ve always been very close, they’re never been thrashed really, but because of the lack of quality in front of goal they’ve ended up drawing instead of winning and losing instead of drawing. So it’s a very difficult task.