Sam Allardyce says Emmanuel Eboue may yet have a Sunderland future - if he pays his agent. 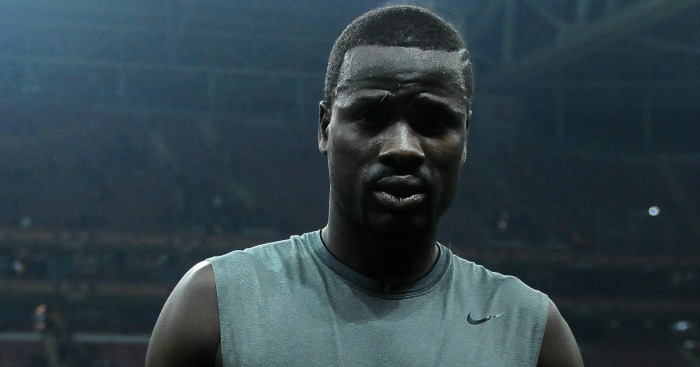 Sunderland boss Sam Allardyce has revealed Emmanuel Eboue could yet play a part in the club’s fight for Premier League survival despite facing a year-long ban from football.

The Black Cats informed the 32-year-old full-back of their intention to tear up his short-term contract after it emerged on Thursday that he was facing 12 months out of the game if he does not resolve a four-year cash wrangle with former agent Sebastian Boisseau.

Allardyce, who has seen former England midfielder Adam Johnson sacked and jailed and chief executive Margaret Byrne resign in recent weeks, was left frustrated by another off-the-field issue not of his own making, but believes there could yet be a way back for Eboue.

He said: “I have never known anything like it and I have been doing it a long time. It’s another factor that we could have done without.

“We have just spent a huge amount of time getting him fit and he was just ready to play a part in the squad and try to forge his way into the team and see if we whether we could find the Emmanuel Eboue who played for Arsenal and Galatasaray in Champions League football and at the top end of the Premier League.

“At only 32, it really looked like form a fitness point of view that he had that capability still, which might have been very important for us. But we won’t know now, unless he can sort out that problem very quickly.

“There’ll still be a door open if those problems are sorted in the next seven to 14 days. If that’s the case, there may be a way back.”

Mr Boisseau’s lawyer, James Severn, insisted the ban, which was put in place by FIFA’s disciplinary committee when it gave Eboue 120 days to pay up in September 2014, was invoked only as a last resort after the player and his representatives failed to do so.

He said: “My client’s claim against Mr Eboue was filed with FIFA in February 2012 and more than four years later, Mr Eboue has taken no steps whatsoever to satisfy the debt.

“It is disappointing that FIFA and Mr Boisseau have been forced to resort to a playing ban to enforce Mr Boisseau’s rights. My client hopes that Mr Eboue will now take immediate steps to settle the outstanding debt so that he can continue his playing career.”