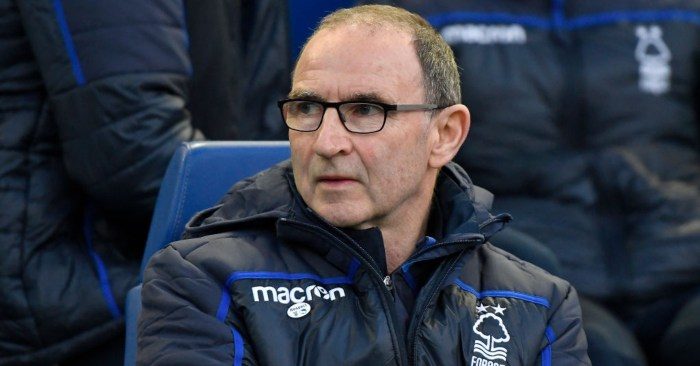 Nottingham Forest and Martin O’Neill have parted company after less than six months after what has been described as an ‘alleged mutiny’.

Forest only returned to pre-season training on Monday, but by Friday they were getting rid of their former playing hero O’Neill.

More: Forest forced into action due to alleged mutiny from the squad over O’Neill’s methods etc. Club felt they had to act in pre-season before matters got even worse #nffc

Forest released a statement which reads, in its entirety: ‘Nottingham Forest can confirm that manager Martin O’Neill has left the club.

‘The club would like to thank Martin for all his efforts during his time at The City Ground and wish him well for the future.’

Forest won just eight of their 19 games under O’Neill, who took over the club in mid-January from Aitor Karanka but failed to improve their league position in the remainder of the season.

Sabri Lamouchi was then appointed 18 minutes after Forest announced the exit of O’Neill.