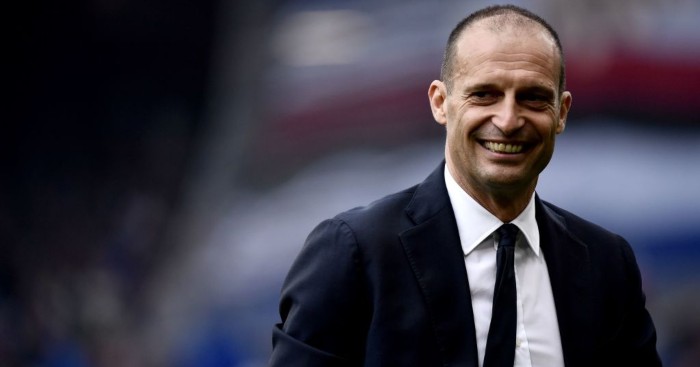 Max Allegri has reportedly agreed a deal to manage ‘a great English club’, with the former Juventus boss previously linked with a move to Manchester United.

Allegri stood down as Juve head coach last summer having guided the Serie A giants to five consecutive league titles.

And although Allegri has been linked with a move back to Juventus to replace the struggling Maurizio Sarri, Corriere dello Sport claim the 52-year-old already has an agreement in place with a club in England.

Which club that is remains unclear, although the publication refers to it as ‘a great English team’, and Allegri has been heavily linked with the Manchester United job in the past.

United have maintained that current manager Ole Gunnar Solskjaer will be given time to mould his side, but speculation of a change has been rife throughout the season, with the Old Trafford side loitering in eighth place in the Premier League.

Manchester City could be another destination for Allegri with Pep Guardiola under increasing pressure, with the Catalan coach having also been touted as a managerial target for Juventus.