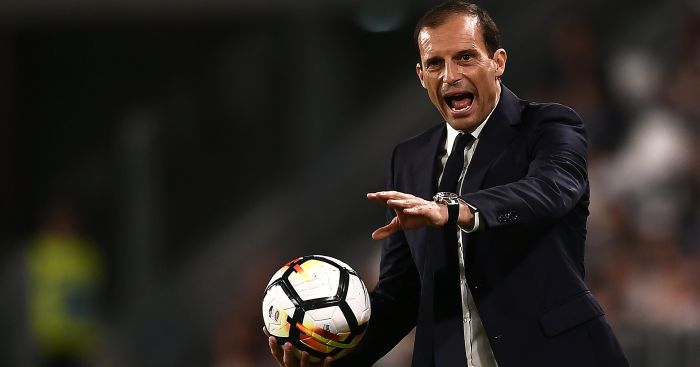 Massimiliano Allegri has broken his silence over his future at Juventus with rumours gaining momentum that he could be a leading candidate to replace Arsene Wenger at Arsenal.

Wenger will leave the Emirates Stadium at the end of the season and the latest speculation claims that the Gunners want the former AC Milan boss as their new manager.

Juventus are on the verge of lifting the Serie A title with a six-point lead over nearest rivals Napoli with only two matches remaining.

And Allegri has admitted that he will “sit down” with the club at the end of the current campaign to “plan” for the future.

“I have a very good rapport with the club and we are in sync,” Allegri said.

“As proved over the last four years, where the team was turned inside out during the first season and the club worked so well to bring in players of quality alongside those who had not just technique, but great human values.

“At the end of the day, in football you need more than technique to win. You need other values that can push you on during difficult times.

“At the end of the season, we’ll sit down and talk as we always do and plan for the future, because we have to do that every year and this has to be done with great clarity.”

Allegri’s comments come hot on the heels of Juve chief Beppe Marotta admitting that the club needed to discuss their future with the manager.

“We have a great relationship with Allegri which has worked and continues to work,” Marotta said.

“And, after winning the title, we will talk about the future, which I am certain will be full of satisfaction earned together.”