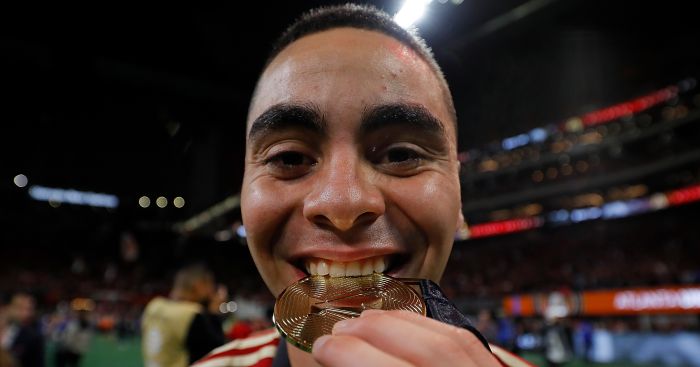 Newcastle have completed their move for Atlanta United playmaker Miguel Almiron, the club have announced.

The 24-year-old Paraguay international has joined the Magpies on a five and a half-year deal for an undisclosed fee believed to be in the region of £20million, eclipsing the £16million they paid for England striker Michael Owen in 2005.

Almiron told NUFC TV: “I’m very happy and eager to start and to meet my new team-mates. The league is very competitive, this is a historic club, and Rafa Benitez himself were the main reasons why I am here now.

“I think it is a great responsibility, something beautiful for me, and I will try to offer the best I can to repay the trust the club put in me.”

Benitez was delighted to have got his number one January target.

Benitez said: “We were following Miguel Almiron for a while and we saw a player with some pace in attack, who can play behind the striker. We have someone who can score goals and give assists.

“We know that MLS is a different challenge to the Premier League, but he has the potential to do what we are expecting and what we need.

“From talking to the lad, you can tell that he is really focused and wants to do well. He wants to be successful and he wants to help the team, to score goals and give assists if it is possible.

“His impact in MLS has been really good – he’s been one of the best players this year – and hopefully he can give us more competition and more quality in the final third.

“I am pleased that the hard work behind the scenes has ended positively and I thank everyone for their efforts.”