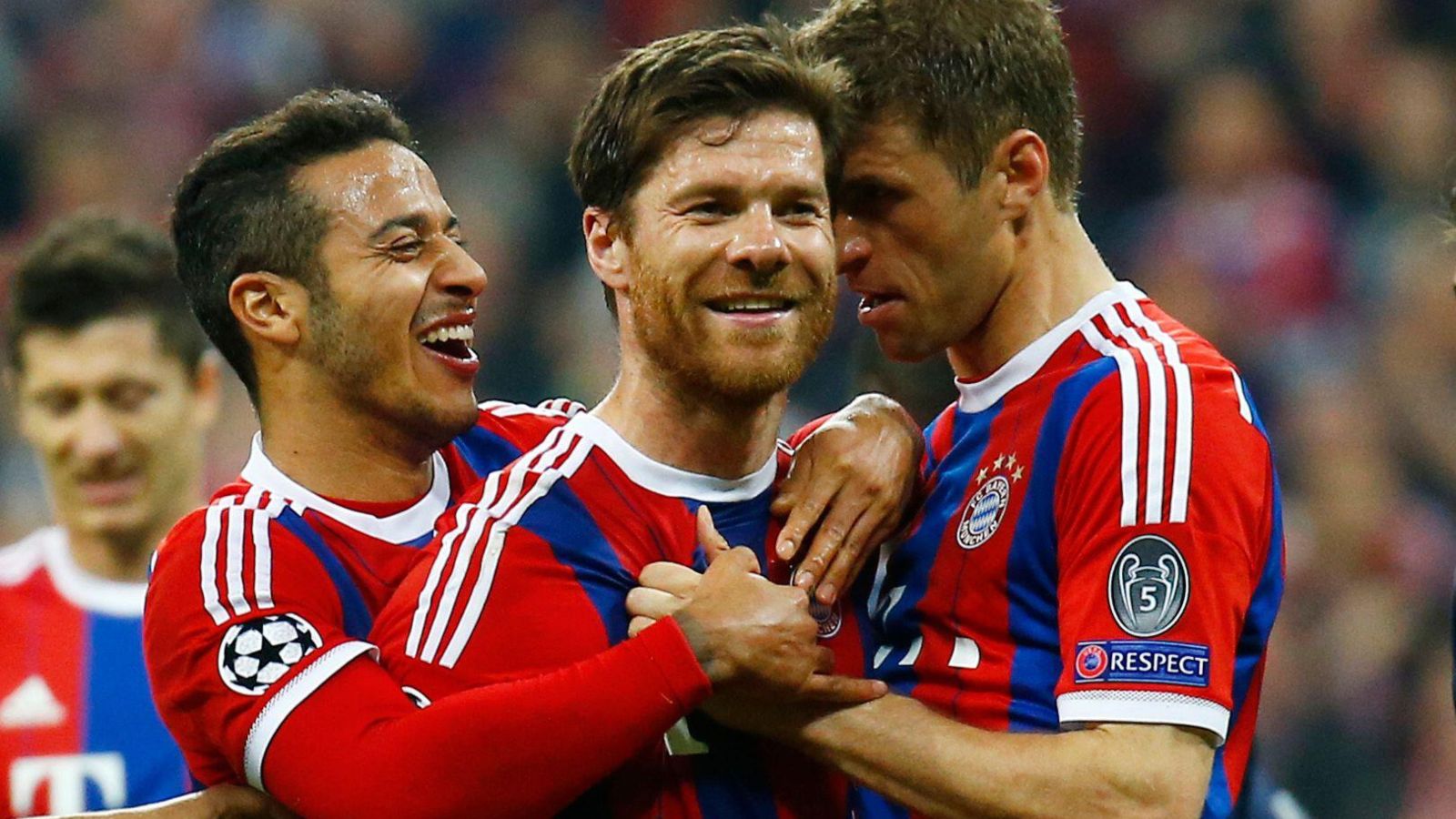 Former Liverpool midfielder Xabi Alonso has revealed his role in convincing Thiago Alcantara to join the Reds in September 2020.

Alonso has fond memories from his time at Anfield with the Spaniard adored by supporters after helping the club to FA Cup and Champions League success.

He played 210 times in all competitions for Liverpool before moving on to Real Madrid and then Bayern Munich and eventually ending his career in 2017.

What fool promises the best behaviour of 50,000 Liverpool fans to Daily Mail readers?

Thiago followed in his former Spain and Bayern team-mate’s footsteps at Anfield in 2020 and Alonso has revealed that he played a part in the £20m transfer.

Alonso told the official Liverpool website: “We talked a lot that summer because he was thinking about the option.

“I said, ‘Thiago, you love football, you’re in a great club, you’re in Bayern and you’ve achieved great things, but Liverpool is pure football and you’re going to enjoy it as much as you have done.

“‘If you feel it’s the right moment for a new chapter, you won’t get better places than Liverpool.’

“Once a Red, always a Red – it’s not a logo, I think it’s a reality. Not just my case, I think that most of us feel really close to the club.

“Wherever you are in the world, Liverpool fans remember you and they keep you closer to the club. That’s the best thing of Liverpool – all the support and all the family that’s around the world.”

On the talent Thiago possesses, Alonso added: “You could see that he’s a different player. He’s a different talent because he’s competitive but at the same time he has those magic Brazilian actions that are not that European.

And Alonso has a lot of time for Jurgen Klopp and has heaped praise on the German manager for the success he has brought to Merseyside.

Alonso continued: “I loved my games against his Dortmund when I was in Madrid and Bayern. You could see that he was special.

“I remember when he signed for Liverpool, straight away I had the feeling that he was the man.

“We were playing Liverpool-Mainz at Mainz [in a pre-season friendly in 2006] and in the programme he mentioned that his favourite stadium was Anfield. That was on my mind.

“When he signed for Liverpool, I [was like], “He’s always had that in his mind and he’s the right man for the job.”

“After that, what he’s done, it’s a treasure what we have in Liverpool, what Jurgen built and the inspiration for the players, for the club, for the fans, for everyone.”