Home All The News Altidore on biting incident: ‘My girl’s mad at me’ 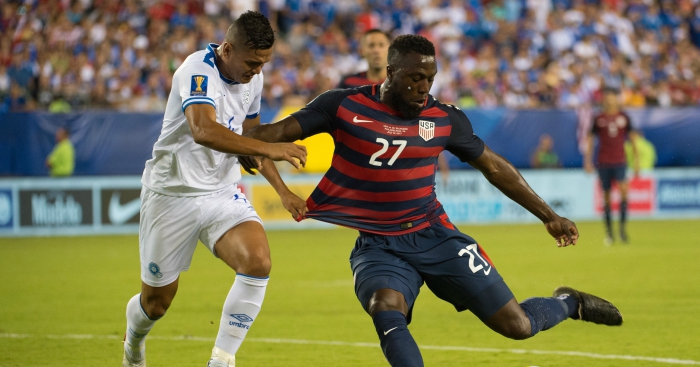 Jozy Altidore has joked that his partner is “mad” at him after he was at the centre of a biting incident during a Gold Cup victory for the United States.

USA beat El Salvador 2-0 in the Gold Cup quarter-final on Wednesday, with Omar Gonzalez and Eric Lichaj the goalscorers.

The match hit the headlines for the wrong reasons however, after El Salvador defender Henry Romero was seen biting opposition players and twisting their nipples. That is a sentence.

Jozy Altidore out here getting bit and then purple nurpled….. #USMNT #TFCLive pic.twitter.com/Ntnk7iz0YW

After the game, former Sunderland striker Altidore spoke to the press.

“It’s never happened to me before, but CONCACAF never ceases to amaze me.”

“I’m sure CONCACAF will uh, will uh, I don’t know,” he said. “I’m sure they will do what they’re supposed to do.

“You can’t go around biting people. That’s crazy. [The nipple twisting] should be allowed, but the biting is no good.