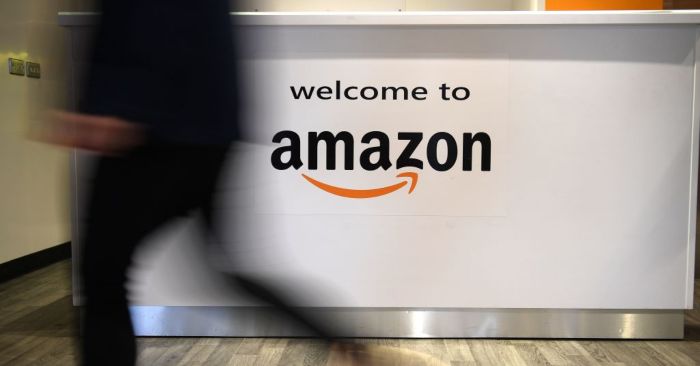 You’ll have heard about Amazon Prime showing some football over the next few days and on Boxing Day. They’ve employed all the usual commentators, presenters and pundits to do this. It will look – bandwidth allowing (and that’s a big worry for them) – like BT Sport or Sky. In other words, it’ll all be very professionally done and very familiar.

They’ve paid about £90million for this privilege over three years. Like all football broadcasters, it will lose money by doing this.

It’s highly unlikely anyone has ever made money showing football on TV behind a paywall of any kind. Sky, BT Sport and all the others down the years have amortised the losses across the whole corporation because they’ve overpaid for the rights. Those rights fees have peaked but are still ridiculously high at around £9million per game and it is this income that has shaped Premier League football as we know it today: alienating, immorally gargantuan wages and ludicrous transfer fees.

At this point in the discussion, people will shrug and tell you that this is ‘market economics’, as though that is an excuse in itself or some immutable law of physics. But of course, it isn’t. Or at least not in the normal way of things. When the customers for your product don’t have to make a profit, the usual market pressures don’t apply and are not present. When clubs are given lots of money just to participate, it is more like a weird financial cabal than profit and loss market economics.

The Premier League, through ceaseless propaganda on a macro and micro level, has managed to conflate the cost of the rights fees with being super duper popular. But football has always been a hugely popular live spectacle; it’s nothing to do with the brand on the headed notepaper.

And it absolutely isn’t popular on TV. Only a small percentage of the interested audience has ever paid to watch it and the numbers remain in the doldrums even now. The number of subscriptions to BT or Sky are never talked about as a matter of policy but when Sky was sold to Comcast last year it was stated they had 23 million in Europe. This is for one, some, or all of their services, not 23 million for football – so the number who can watch football on Sky in Europe will be less. However, Europe has 741 million people living in its boundaries, so it’s easy to see how few people are actually watching.

The average global viewing figures are said to be around 10 million per game. Big games will attract perhaps up to 40 million, games between smaller clubs maybe one million. But it averages out to 10 million. That on a planet of seven billion people!

The truth is almost no-one is watching the Premier League on TV. I know that invokes a degree of cognitive dissonance, but that’s just because of successful Premier League marketing selling us a different story all these years.

An uncountable number are watching illegal streams, of course. A fact that the CEO of BeIN has recently said has to be addressed and will cause rights fees to diminish markedly and soon. Who gives away their expensive product for free?

So why do Amazon want to be involved in all of this? It is a massive money generating global company. The Premier League pretends it is big business, but it just isn’t. When it comes to proper big business, it’s a minnow. £90million is but pennies to Amazon and is almost certainly being paid from a humongous advertising budget.

It has no interest in football at all, obviously. It just wants to get its massively profitable services exposed to more people.

But because they have no interest in football and possibly because it’s an American organisation, they don’t know or fully understand that football is not like any other product they might sell.

It’s sold as a premium product. That’s why they called it the Premier League and not the First Division in 1992. In life we are happy to pay for a premium product, so they thought if they sold football as though it was exactly that, we’d buy it.

But we know that football varies from minute to minute, half to half, game to game, season to season in quality. It can be tedious, boring, thrilling. You can’t sell it as a high quality item with any sincerity. Football isn’t a packet of smoked trout or a cashmere sweater. It is built on shifting sands and will undermine anyone who pretends it is a consistent product. And if you think about it, do we pay for any other product when we don’t know for certain if it’ll be any good? Only if it is very cheap. This is why only a small percent of the interested football audience has ever paid a subscription. This is just not understood, it would seem.

So we have a dichotomy between marketing and reality. The propaganda has been so successful that we define many stats as ‘in the Premier League era,’ so successful that a good game is forever referred to as ‘a great advert for the Premier League’. It isn’t; it is just a great advert for football. Note that they never own the terrible games, though. There’s never a “that was a terrible advert for the Premier League”. And that’s how we know it’s propaganda, often now very deep in the cultural DNA. All the best propaganda makes us think we are originating our own thoughts when in reality we’re reiterating that which has been sold to us.

The Amazon deal will not be some sort of profound game changer. How do I know? Because over 27 years it is well proven that significant numbers of people will not pay to watch football on TV. Price points have caused resistance, but a far more profound issue is just that conceptually, people won’t do it. For some, it’s too much trouble to sign up, but even above that, people don’t believe in the product enough to do so. If they did, BT Sport would already be getting eight million to watch every game and not often under 300,000.

Obviously, many are already paying for Amazon Prime and thus, in a way, will be getting these games for free. But that will make little difference to the size of the audiences. There are packages where you get BT Sport free with their broadband – though these deals are wilfully opaque – and it has made no significant difference.

Because there is another truth that all of these broadcasters have never really seemed to grasp. We love football, yes, but it’s not very important to us. Or at least nowhere near as important to us as they seem to think. More isn’t better. Choice is irrelevant to many who are just not that into it.

We have an overstretched, tired and economically stretched workforce. We have 10 million people in the precariat class, one paycheck from the street. So do we want to put more money into football’s bloated coffers? To put it mildly, it’s not a priority. The Premier League is off-putting.

But beyond the widespread moral distaste at the grotesque levels of money in football that these deals have delivered, the fact is, a lot of football fans are not interested in anything other than their own club. This is something The Athletic hasn’t grasped about the UK. You can have 10 pieces brilliantly written on a rainbow of football topics, but if you’re only interested in your club, you don’t care. A large swathe of the football public just isn’t interested in the cosmopolitan aspects of the game. They’re busy, they’ve work to do. They haven’t time to read up the minutiae of other club’s goings on and don’t really care anyway. And if you’ll only watch your club, all other nine games in each round don’t matter to you and you won’t want to pay to see them.

Even those of us who are privileged to dine more fulsomely at the huge groaning table of football media get exhausted by it all. There’s just too much. Only a minority of any fans of any sport want to sit through six consecutive games. Most of us struggle to keep interested after two; many turn off after 20 minutes, bored by the game. Maybe that’s why viewing figures for TV are calculated on consecutive three-minutes watching. Thus when the Premier League says that 46.2 million are viewers of the Premier League last year, they literally mean people who saw at least three consecutive minutes across the whole nine-month season. This includes my missus who bitterly resents being counted as a viewer because Match of the Day was on while she was opposite the telly.

The Amazon deal isn’t a new frontier, it’s just more of the same. Until broadcasters grasp the fact that we won’t pay a subscription for football – even though seemingly illogically we happily do for other things – they’re destined to keep looking for a way out of the same cul de sac. Whether it’s Sky, BT, Amazon, Google, Facebook or a football Netflix, no matter how cheap it is, it won’t work if we simply won’t pay to watch football on a screen. While some will, a huge majority just won’t. We have reached screen saturation. There are other often better, more healthy and wholesome things to do in life, like going to watch your local football team play.

The Premier League has relied on broadcasters not needing to make money showing football to suck in its millions over the years. Amazon is just the latest. This isn’t a revolution, it is the exact opposite. It is stasis. A case of meet the new boss, same as the old boss.

Buy Johnny’s book ‘Can We Have Our Football Back? How The Premier League Is Ruining Football And What We Can Do About It’ | SIGNED PAPERBACK | KINDLE | AMAZON |