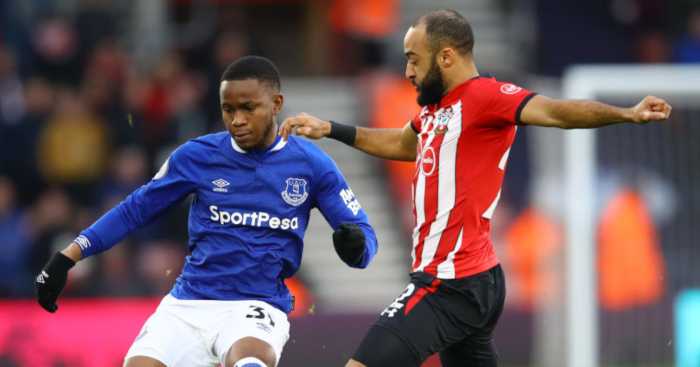 Marco Silva will continue his overhaul of Everton’s squad by selling ‘around 15’ players this summer.

Silva generated just under £20m through the sales of Ramiro Funes Mori and Davy Klaasen last year, with eight players allowed to leave on a free and a further 13 loaned out.

Everton made six signings and spent more than most of their Premier League rivals, with Silva hoping for a similar level of churn again.

The Daily Mail say that, among ‘a lengthy list of fringe players’ will be Ademola Lookman, who has struggled to establish himself at Goodison Park.

The 21-year-old has impressed on his brief cameos, with only three of his 21 Premier League appearances this season coming from the start.

But Crystal Palace, Southampton and RB Leipzig, for whom he was excellent on loan in the second half of the 2017/18 campaign, are all interested.

The Toffees already have one signing lined up, with Huddersfield’s Jonas Lossl in line to replace Stekelenburg as Jordan Pickford’s back-up.