Home Chelsea An all-action midfielder: The girl all the bad guys want 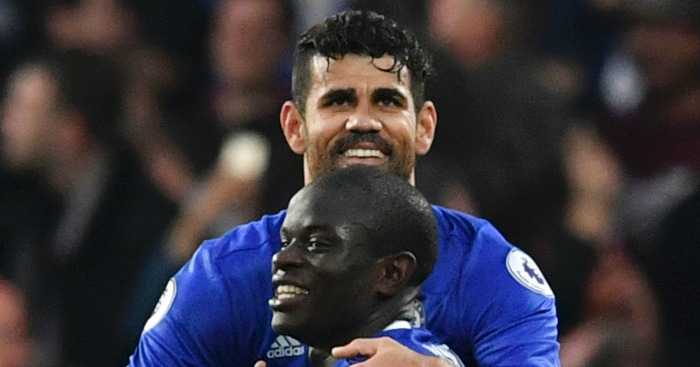 There are many conflicting diagnoses for Leicester City’s post-Premier League title struggles, but we can all agree that N’Golo Kante’s absence ranks high amongst them. The Frenchman may not have been named PFA Player of the Year last season, but becoming the first outfield player to win consecutive Premier League titles with different clubs will surely right that wrong. His greatest achievement, so the joke goes, was earning Danny Drinkwater three England caps.

“If Chelsea bought Kante, it’s because he played as two players last season,” Claudio Ranieri said at the start of this season. “The referee counted 11 but we were 12. Now everybody must understand that there is no Kante so we have to be more close, more attentive. We have to think different and close space quicker. We must be smarter.”

For all the flaws in Leicester’s players and management, it’s impossible to fix a gaping wound with a sticking plaster when stitches are required. There may be players with more natural talent in the Premier League, but there are few whose effect on a club’s performances is more dramatic. Having arrived at 15th-placed Leicester City, Kante won the title. Having arrived at 10th-placed Chelsea, he’s close to doing the same. He has won 42 Premier League matches since the start of last season; next comes Dele Alli on 34.

It’s easy to watch Kante’s brand of all-running, all-tackling, all-intercepting midfield brilliance and see it as sorcery, but he is by no means unique. That is not to denigrate his performance level, but the impact of a player with Kante’s characteristics is far greater than the skills of Kante himself. He is the poster boy for the rise, or perhaps re-rise, of the multi-functional central midfielder. They are the toy every big club wants for Christmas; Kante is the latest best-selling model.

The theory is relatively simple. With the growth of 4-2-3-1 almost to the point of saturation, two defensive midfielders were used as a screen for the defence and to pick up the opposing No. 10, also providing cover for increasingly attacking full-backs.

There were fewer box-to-box players, with specialists the norm, because many successful teams would use their two defensive midfielders in partnership: demolisher and architect.

Italy and Milan had Gennaro Gattuso and Andrea Pirlo, Spain had Sergio Busquets and Xabi Alonso, Barcelona had Busquets and Xavi, Liverpool had Javier Mascherano and Alonso, Juventus had Edgar Davids and Alessio Tacchinardi.

There has since been an evolution of this role. The age of the specialist is not over – for all in football is cyclical – but certainly out of fashion. Managers have welcomed the rise of the complete, all-action midfielder. Now, one central midfielder is often a screen, such as Thiago Motta at Paris St Germain, Nemanja Matic at Chelsea or Fernandinho at Manchester City, the other a roaming, driving, firefighting force. As with all evolutionary steps, the new model trumps the old.

I could watch Radja Nainggolan tackle all day long…

Any player that can break through the lines of a 4-2-3-1 and possess the dynamism and stamina to avoid being caught out of position is worth their weight in gold, performing at least one-and-a-half roles to a proficient level. Or, as Ranieri said, can be the difference between having 11 and 12 men.

That fits with the re-rise in pressing football too. The demolisher role has not been eliminated, but instead (ideally) operates far further up the field. When Kante made a season-high 14 tackles against Liverpool, seven were in opposition territory and a further four were less than 15 yards inside Chelsea’s half.

The principle task of high-intensity pressing is to win the ball high up the pitch, and thus create two-on-one situations. It is from these overlaps that teams are most likely to create chances and score. Proactive, rather than reactive, defending.

These all-action players cannot be sculpted but made naturally, but the increase in fitness and recovery techniques through improvements in science certainly aids their creation. They must be physically strong and fitter than their predecessors, with the stamina to keep that intensity for 90 minutes. More running, intercepting and tackling than ever before, and across the whole pitch. This is a defensive midfielder in starting position alone.

What is certain is that these footballers are becoming more and more crucial to the outcome of matches. Strikers have traditionally attracted the highest transfer fees, but Paul Pogba’s move to Manchester United not only made him the only central midfielder in the top 20 transfer fees of all time, but the top one. Toni Kroos (£25m), Thiago Alcantara (£22m), Arturo Vidal (£10m and £31m), Ilkay Gundogan (£20m); all look criminally undervalued when examining their effect. Marco Verratti, Youri Tielemans, Tiemoue Bakayoko, Mahmoud Dahoud, Naby Keita; are these the next golden boys?

At Leicester, they may just feel lucky to have loved and lost Kante than never to have had him before. If nothing else, he taught them the importance of his art. During the 3-1 victory over Liverpool on Wednesday, January signing Wilfred Ndidi made 11 tackles, more in one match than Kante managed last season.

Forget Craig Shakespeare, Roy Hodgson or Jamie Vardy, Ndidi might be the difference in Leicester surviving relegation. Not all heroes wear capes; and not all heroes score goals.