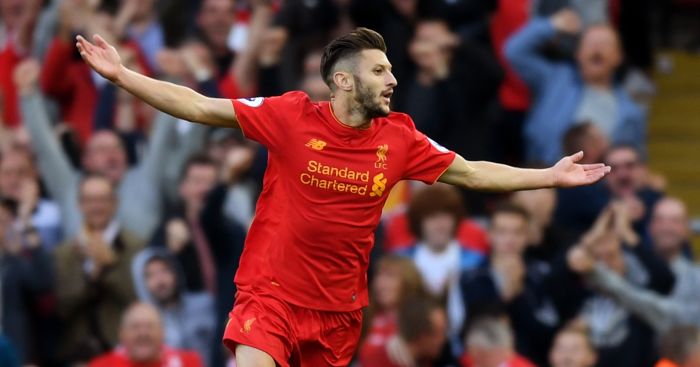 The squads of the Premier League’s elite clubs might be packed with stellar talent, but there is a formidable XI of players who will miss the start of the season. Well, ten…

GK – Adam Bogdan (Liverpool)
It’s an inauspicious start, I grant you. But according to lovely injury website physioroom.com, Bogdan is the only Premier League goalkeeper currently suffering with injury. It’s not exactly a short-term thing either, given that everyone’s favourite Hungarian suffered a serious knee injury in November 2016 when on loan at Wigan and has not played since. There were rumours of Nottingham Forest interest in him this summer, but it’s probably worth waiting until he’s proved his fitness.

RB – Nathaniel Clyne (Liverpool)
Two out of two for Liverpool. The form of Trent Alexander-Arnold has given Jurgen Klopp hope that he might not miss Clyne that much, but he is still without his first-choice right-back at least until the second weekend of the season, and probably beyond. Clyne has missed almost all of pre-season with a hamstring injury and, at 18, Alexander-Arnold is likely to compete with James Milner to start against Watford.

LB – Danny Rose (Tottenham)
Strong competition for the left-back spot, with Luke Shaw and Benjamin Mendy both out until September, but Rose wins out given that he was the best full-back in the Premier League in 2016/17. That might be repeated in 2017/18, but Rose will need to overcome a knee ligament injury and complete lack of pre-season training and hit the ground running in September. That’s an incredibly difficult ask.

CB – Gabriel Paulista (Arsenal)
Unconvinced that Gabriel would start in Arsenal’s first-choice defence even if he was fit, given the rise of Rob Holding, Indian summer of Per Mertesacker and shift in position of Nacho Monreal, but the, erm… toothy Brazilian is out with the same injury as Rose with an identical expected return date. By the time Laurent Koscielny’s suspension is up, Gabriel might be sixth-choice centre-back behind the aforementioned four and Shkodran Mustafi, who you had probably forgotten cost £35m.

CB – Marcos Rojo (Manchester United)
Like Marouane Fellaini in midfield, Rojo has had half a foot through the Old Trafford exit door ever since he arrived, only to be pulled back into the warmth by his manager at times of need. Rojo’s early months at Manchester United were beset by unimpressive decision-making and positional indiscipline, but he became something of a teacher’s pet under Jose Mourinho last season. Despite suffering a season-ending injury on April 14, Rojo played more league minutes than Juan Mata, Michael Carrick, Phil Jones, Anthony Martial, Wayne Rooney, Jesse Lingard, Henrikh Mkhitaryan, Chris Smalling and Matteo Darmian. Shame he’s out until January, then.

CM – Ilkay Gundogan (Manchester City)
At what point do we just stop relying on the fitness of Gundogan, and instead just enjoy the pleasant surprise when his name does appear on a team sheet? Manchester City have invested large sums of money on their squad this summer, and yet central midfield still looks a problem position. With Gundogan injured until at least early September, don’t be surprised to see Fernandinho overrun when five City players are caught up the pitch, or Yaya Toure staggering around the centre circle from the 55th minute onwards.

CM – Adam Lallana (Liverpool)
One of Liverpool’s best players last season, and a stronger argument to be labelled as their most important. Lallana made the position on the right of the central midfield three his own, driving forward with the ball to hassle and harry opposition midfielders but also dropping deeper to offer cover if Clyne overlapped. Yet with such high-intensity football comes the risk of muscle problems. Lallana missed April with a hamstring injury, and will miss August and September too. Klopp must be worried.

LF – Eden Hazard (Chelsea)
The first seven months of 2015/16 showed what can happen when Hazard doesn’t feel fully match fit or content, and there are already worrying signs ahead of Chelsea’s latest title defence. The Belgian suffered an ankle injury when on international duty that required an operation, and is likely to be out until after the September international break and maybe even October. That leaves Willian and Pedro as the only real options for Antonio Conte behind the striker. Hmmm.

RF – Erik Lamela (Tottenham)
May 15, 2016. That was the last time that Lamela started a league game for Tottenham that they failed to win, almost 15 months ago. Since then he has played in six Premier League matches, had two hip operations and been perma-knacked in Argentina. The latest estimate is that he could be back in October – almost a year after he last played – to be the most appropriate ever recipient of the cliche ‘like a new signing’. The poor bugger is still only 25.

CF – Heung-Min Son (Tottenham)
There are many candidates for the most important Tottenham player of last season, but Heung-Min Son must have his own case. When Harry Kane twice got injured and half of north London winced as one, Son got going. He scored twice in the 2-1 win at Middlesbrough in September, the winner in Moscow three days later and then scored four times in the four games Kane missed in March and April. Now it’s Son’s turn to be borked, out with a broken arm until mid-September.