Home Arsenal An alternative Young Player of the Year shortlist 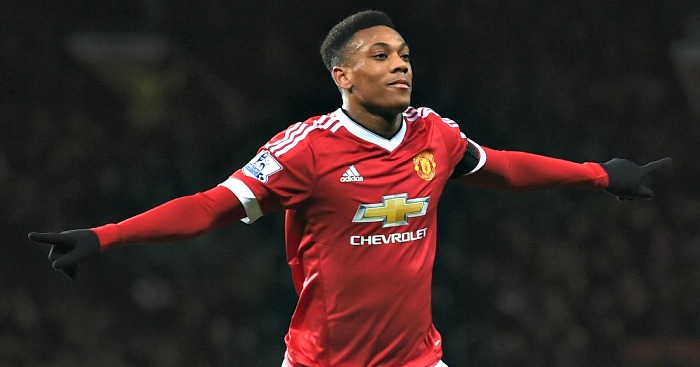 Daniel Storey brought you an alternative six-man list for the PFA Premier League Player of the Year award. Now it’s time for the youngsters. And because it’s a ‘Young Player of the Year’ award, we have three rules:

Anthony Martial
It was never meant to be this way. Anthony Martial was a signing for the future at Manchester United, albeit an extremely expensive one. Louis van Gaal parted with £36.7million up front, a fee which could rise a further £20m, for a striker with just 52 league appearances and 11 goals to his name. The Frenchman arrived at Old Trafford and immediately sat behind Wayne Rooney, Javier Hernandez, James Wilson and Marouane Fellaini in the forward pecking order.

“We need to give him time to adjust to his new environment and the rhythm of the Premier League,” said Van Gaal upon Martial’s signature. The Frenchman proceeded to score four goals in his first four games, emerging as one of the club’s most important players. He is United’s top league goalscorer with eight strikes, and only two of his team-mates have provided more assists (three). Playing predominantly as a winger, the natural centre-forward has been a consistent rare bright spark in a dim season at Old Trafford.

Hector Bellerin
This may come as a surprise to Graeme Souness and John Terry, but Hector Bellerin has been the stand-out right-back of this Premier League season. While Souness (laughably) selected Branislav Ivanovic and Terry (arguably even more laughably) chose Chris Smalling, Arsenal’s young Spaniard has continued his promising development this campaign.

After forcibly removing Mathieu Debuchy from the role in the latter half of last season, Bellerin has excelled at right-back in his first full campaign. No player under the age of 21 has more league minutes to their name, and only Dele Alli has played more games – 31 to Bellerin’s 30. Only one of the north London duo was shortlisted for the Young Player of the Year award. Mesut Ozil is the only player to have created more assists for Arsenal this season. It will be a shame when Barcelona manager Xavi, with the help of assistant Andres Iniesta, taps him up in five years’ time.

Nathan Ake
A player on Chelsea’s books in his early 20s impressing in the Premier League? What is this sorcery?

One dreads to think how Nathan Ake’s season would have panned out had he stayed at Stamford Bridge. The 21-year-old has been with the club since 2012, yet has made only five league appearances. He doubled his tally of English league games while on loan with Reading last season, but the Dutchman remained without Premier League experience. An opportunity emerged with promoted Watford in the summer, and Ake has grabbed it with both hands. While the Hornets’ season may have tailed off recently, Ake has made 17 starts and impressed at left back in a side which has conceded fewer league goals than all but seven other teams. With Watford in the FA Cup semi-finals, he might even win more trophies than his parent club this season.

Brendan Galloway
Despite being touted as the next Bobby Moore, Rio Ferdinand and Michael Dawson all rolled into one, John Stones is perhaps not even the best young defender at Everton. Brendan Galloway could lay claim to that title, with his early-season form proving that there is life at Goodison Park after the injured Leighton Baines.

“With what he has done this season he has earned the right to be considered a starter,” said manager Roberto Martinez in November. Galloway then started two league games in December, but has been seen only once since – on the bench against Arsenal in March. Everton lost just four of the 16 games the 20-year-old has started this season, winning five. Without him, the Toffees have lost six and won four of the other 16.

“That is my target for the rest of the season, to maximise my game time. And of course to score goals and do well against Manchester United” – Divock Origi, March 6.

Game time has been very much maximised, and goals have certainly been scored. Playing just 28 minutes across the two legs of the Europa League last-16 tie with Manchester United represents a target missed, but two out of three ain’t bad. In the eight games since outlining his hopes for the rest of the season, Origi has started four and scored four. Despite playing considerably fewer games than most of his team-mates, only Philippe Coutinho (11) has more goals in all competitions than the 20-year-old (nine).

Signed for £10million in the ‘disastrous’ summer of 2014 by Brendan Rodgers, the Belgian finally arrived at Anfield after a season-long loan at Lille culminated in being named in Ligue Un’s worst team of the season. The laughing stock is no more.

Kelechi Iheanacho
The youngest of the alternative selections and, indeed, younger than any of the six shortlisted for the Young Player of the Year award. When Philippe Coutinho, who turns 24 in the summer, is on there but no teenager makes the list, something is clearly broken.

Iheanacho could have done little more to receive a nomination. The forward has featured for just 799 minutes of Manchester City’s season in all competitions, the equivalent of fewer than nine full games. Yet his nine goals is beaten by only three of his team-mates, and he is one of just three players currently under the age of 20 to have scored in the Premier League this season. Alex Iwobi of Arsenal represents one. Manchester United’s Marcus Rashford, who has already played more league minutes than the Nigerian despite making his debut in February, is the other.