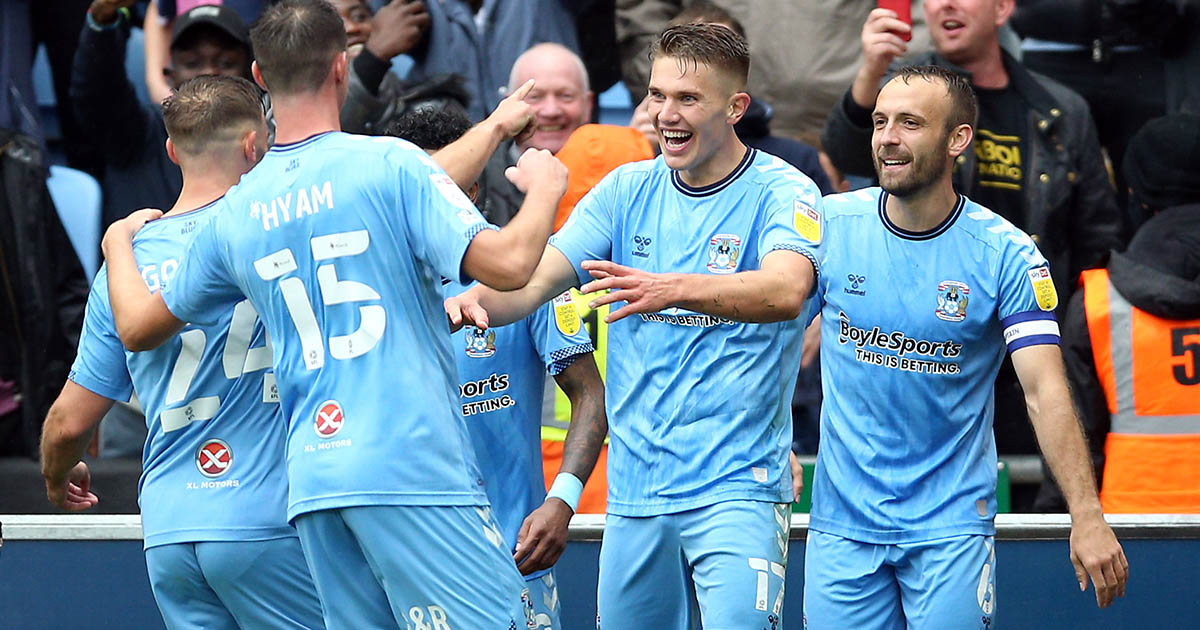 We now find ourselves 11 games into this Championship season so we’ve picked out one interesting statistic from each Championship club.

Barnsley: Most tackles won
Despite Barnsley’s struggles in the league, they have been fairly decent at winning the ball back as they have completed more tackles (191) than any other side.

Markus Shopp will be desperately trying to turn things around after the international break as Barnsley are still looking for their second win of the season.

Birmingham: Don’t like to shoot from range
Birmingham have had the fewest number of shots from outside the box this season with just 32 attempts.

It won’t then come as much of a surprise that they are one of five clubs who are yet to score from outside the box.

Ben Brereton Diaz has kept his cool from the spot and has scored all three of the spot-kicks.

Every Championship club’s stand-out player so far this season

They also have more points at this stage of the season than any of the newly promoted clubs last season.

Bournemouth: Committed the most fouls
Bournemouth may be flying high at the top of the Championship as the only side left unbeaten, but that doesn’t mean that they aren’t keen on a foul every now and again to break up play.

So far, they have committed the most fouls in the Championship with 148.

Bristol City: Best team on the road
Bristol City’s winless home run has been well documented, but it’s only right that we highlight just how good they have been away from home this season.

They have picked up 12 points on the road, the most of any Championship club.

Cardiff: Best in the air
If there’s one thing that you’d be banking on from a Mick McCarthy side, it’s being good in the air. So far this season they have won more aerial duels (430) than any other Championship side.

Aiden Flint and Kieffer Moore have won 156 aerial duels between themselves so far this season, which probably won’t come as much of a surprise. They’ve also scored the most headed goals, with nine scored.

Coventry: Ruthless on the counter
As well as having a flawless home record, Coventry have also scored the most goals from counter attacks (3) along with Fulham.

Mark Robins’ side waste no time in transitioning from defence to attack as they can break on you in a matter of seconds.

Derby: Defensive resilience
Along with Bournemouth, Derby have the best defensive record in the league as they have conceded just eight goals so far.

They have certainly been put under pressure from the opposition throughout the season though which is reflected in the fact that they have made more clearances (289) than any other side.

Fulham: Hitting the bar
An argument could be made that Fulham have been unlucky not to walk away with more points from some of their games, given the number of chances they tend to create.

This is also highlighted by the fact they have hit the woodwork 7 times so far, the most of any Championship club.

Huddersfield: Set-piece masters
The Terriers have been one of the surprise packages of the season so far and they have significantly improved from set-piece situations.

They have scored from more set-pieces (6) than any other side. So far, Swansea and Hull are the only Championship sides yet to score from a set-piece situation this season.

Hull City: Always offside
Hull are one one of the lowest scoring sides in the league with just eight goals, a record which they will be looking to improve upon as well as keeping themselves onside more often.

The flag has gone up against them 36 times this season, with Josh Magennis being the main culprit who has been caught offside 12 times already.

Luton: Busy off the ball
As we’ve come to expect from Nathan Jones’ Luton, they don’t tend to give the opposition much time or space to really get into their flow.

Luton have made more interceptions (146) than any other Championship side, highlighting their willingness to win the ball back.

Middlesbrough: Most yellow cards
This definitely backs up the stereotype that Neil Warnock’s sides like to ‘get stuck in’, but so far Middlesbrough have racked up 31 yellow cards, the most in the Championship.

Lee Peltier has been the main culprit, picking up five yellows in just six appearances.

Millwall: Leaving things late
Millwall have scored the joint-most goals in the last 15 minutes of matches so far this season, along with QPR and Birmingham.

The Lions have scored four goals between the 75th and 90th minutes, including Murray Wallace’s 89th-minute winner against Barnsley last time around.

Nottingham Forest: Like to shoot from range
Forest are leading the way with Fulham for the most shots taken outside the box this season with 62 attempts.

Some of the long-range strikes have paid off though as three of their goals have come from outside the box.

Peterborough: Need to shoot more
Peterborough were promoted from League One with the best goalscoring record in the division, but that hasn’t quite translated into them being a free-scoring Championship side.

Darren Ferguson’s side have taken fewer shots than anyone else in the league with just 88 attempts on goal and they are the only side to have taken less than 100 shots so far.

Preston: Like to play it long
Frankie McAvoy’s Preston North End like to pump the ball up the pitch as they play more long balls per game than anyone else with 79 on average this far into the season.

Emil Riis and Sean Maguire has been the preferred forward pairing for Preston so far this season and most of their chances have come from long balls dropping over the opposition’s back-line.

QPR have also scored more goals from open play (16) than anyone else.

Reading: Putting their bodies on the line
Reading have been a little bit hit and miss at the back this season, with only Peterborough having conceded more than them.

Although it’s certainly not been from a lack of trying, defensive injuries have left them looking light in some areas and they have blocked more shots (66) than any other side.

Sheffield United: Most accurate corners
Is there anything more infuriating in football than when a player doesn’t beat the first man from a corner? Well, thankfully for Sheffield United they have been alright at them so far.

Stoke City: Could be more clinical
Stoke have had a great start to the season, but there is still the underlying feeling that they could have had more points than the 21 they currently sit on.

That is reflected in the fact they have missed more big chances (23) than any other side this season. In the games against the likes of Barnsley and Preston, Stoke certainly had the chances to put them to bed.

Swansea: Most completed passes
If you’ve watched Russell Martin’s Swansea, then it will come as no surprise to learn that they have made more passes (6,533) than any other Championship side. In fact, they are way out in front in this regard as they have made 625 more passes than Sheffield United, who are second on the list.

Swansea have also been the most fouled side in the league, as they have been fouled 156 times.

West Brom: Goal poachers
The relegated Baggies have had more shots inside the six-yard box (30) than any other side this season and seven of their goals have come from this area.

Plenty of those chances will have been created from the chaotic long throw-ins that hurtle into the box and have proven to be hard to defend against so far.