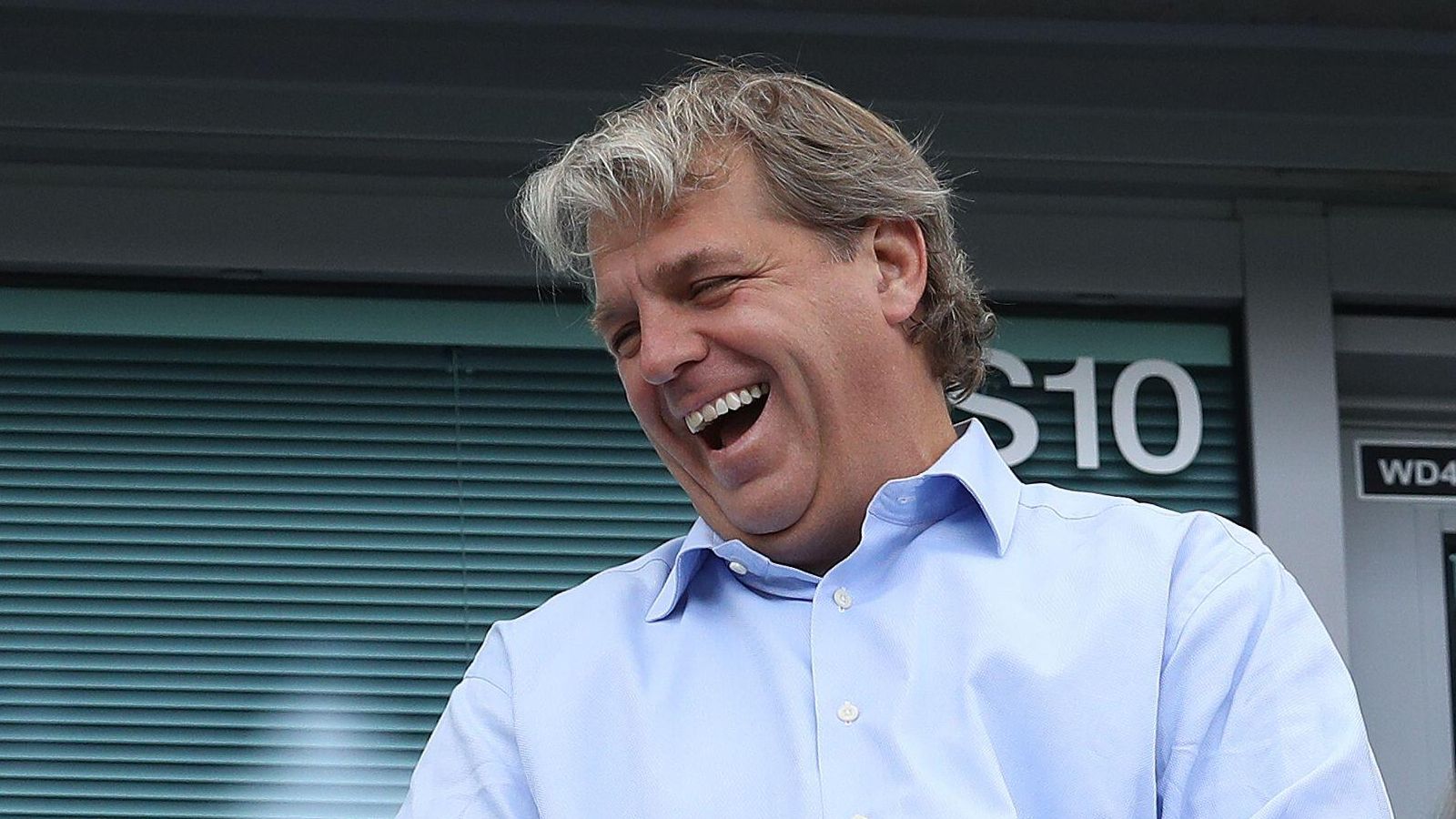 He has ideas, lots of them, and isn’t afraid to tell us. It’s why we love Todd Boehly, the Premier League’s new content-generator-in-chief.

International week can take your thoughts to strange and confusing places.

Especially when England are being genuinely historically bad and you suddenly realise before a game against Italy that your best available centre-back is now actually Eric Dier. Now we’re fond of Dier, which is why we always take the piss out of him. It’s affectionate. But thinking too deeply about an England team where Dier is one of the best things about it is not a healthy way for anyone to live their life.

By the end of Friday night’s disaster in Italy it was even possible to argue that England’s entire set-up was built around Dier, the one starting outfield player truly, ideally suited to the position required of him in Southgate’s Sufferball 3-4-3.

So here’s what we’re thinking about instead: Chelsea’s new owner Todd Boehly is already our favourite Premier League character and we are entirely confident he will only get better.

He’s a brilliant addition to the Premier League Universe, such a good new character that if anything made for an even better and more enjoyable plot than the obvious crowd-pleaser the writing room teased before cruelly denying us: Chelsea being liquidated, a possibility whose coverage surely set an unmatchable peak for the ‘describing things most people love to see as scenes nobody wants to see’ trope.

It seemed unlikely at the time that they could possibly come up with something more delicious than no Chelsea altogether, but we were wrong to doubt Our League. It always delivers.

Crucially, Boehly is a proper, classic pantomime villain who can be enjoyed rather than feared. His big All-Star Game scheme, for instance, wasn’t even discussed when the top-flight clubs held a meeting a week afterwards. He is important enough that his ideas will always be reported when he announces them but irrelevant enough that they won’t actually go anywhere. Perfect.

I mean, he’s still a billionaire and thus by definition overtly evil, but as a football club owner he lands on just the right side of ‘cartoon evil’ rather than ‘war-criminal who plundered the wealth of his nation evil’.

More importantly than that, he’s a far better villain than Roman Abramovich ever was for one very simple reason: he talks. All the time. He can’t stop talking. Every idea that pops into his hilarious great big American head about how football could be better comes tumbling out.

There are, therefore, two things vital for the ongoing success of his character arc. One, he must never stop talking. And two, he must never, ever learn to just keep his beak out and let the football people get on with the football.

The good news is that we are supremely confident on both scores.

English football is deeply suspicious of even those Americans who are entirely qualified to talk about football, so when one comes along who embodies the Ignorant Gobshite Yank stereotype so thoroughly as Boehly, it’s a guaranteed success.

We’ll probably never really know, for instance, whether he really did talk to Thomas Tuchel about Chelsea playing 4-4-3, but that doesn’t really matter. It’s entirely plausible, fits in to everything we know about him and sits firmly in the category of ‘story too good to check;. It’s a brilliant little bit of backstory rumour that goes a long way to explaining everything else. As Tony Wilson said (or, quite fittingly, actually didn’t): when forced to pick between truth and legend, print the legend.

Obviously, Boehly’s big hit was the All-Star Game. Now we only have one criticism of that hoo-haa, and it’s one born of naked self-interest. He should have announced that particular brain-dump during the international break, because it’s an absolute content-creation goldmine and it was thus slightly wasted by appearing during a spell with actual football.

But, selfishness aside, it’s an unimprovable bit of owner-interference. As an idea, it sits perfectly in the sweet spot. It’s a daft idea that nobody wanted or asked for, it won’t happen for a million reasons not least of which being that ‘hey, how about we have more football’ is no solution to any of the sport’s issues, and it’s a very, very American idea being suggested to the world’s most US-sceptic sports league. It’s also tantalisingly quite good fun, though, isn’t it?

Everyone started talking about the other All-Star sideshows and paraphernalia you could have, but obviously you shouldn’t because it’s a ghastly idea and we don’t want it, thank you very much.

Personally, for instance, our preference would be for East v West rather than North v South. Two reasons. One, we like that in any biennial non-Norwich Premier League season its easternmost team is the one with West right there in its name, but better still an East v West split of the current Premier League on a strictly longitudinal basis would place Newcastle in the West. Simple things amuse us, which thinking about it is probably why we’re such big fans of Big Todd.

Interesting ideas let down by sheer Americanness and incomplete – often entirely absent – football knowledge are at the heart of most Boehly highlights. Making interesting points about academy pathways, for instance, and then immediately undermining and overshadowing those points by trying to claim credit for Mo Salah and Kevin De Bruyne, both signed by Chelsea in their 20s for a combined £21m.

Support for the European Super League is an obvious but necessary long-running string to Boehly’s villainous bow, while naming himself sporting director and then, alas, finding himself entirely unable to get anyone else to fulfil the role is already developing into a hugely enjoyable saga. Very good content that he can’t find anyone willing to be sporting director when he was able to instantly land his top managerial target after giving Tuchel the boot.

That in itself, of course, was another great Boehly storyline. Having launched his Chelsea tenure with grand plans of long-term work and long-term plans, markedly at odds with the (generally wildly successful) short-termism of Abramovich’s Chelsea, binning off the manager you’ve just given £270m to spend at the first sign of serious trouble is absolutely first rate?

Is it too on the nose? For some, maybe. But Boehly’s character is a broad one and these early big hits are key to establishing his place and role in the great Premier League circus.

Thus far it might all be a bit too obvious and in-your-face, but you can’t deny he’s caught everyone’s attention.

Chelsea in the wilderness or worse was a tantalising proposition, but Boehly under the spotlight gives us so much more to work with.