Liverpool are already responsible for one of the best signings made by a Champions League winner... 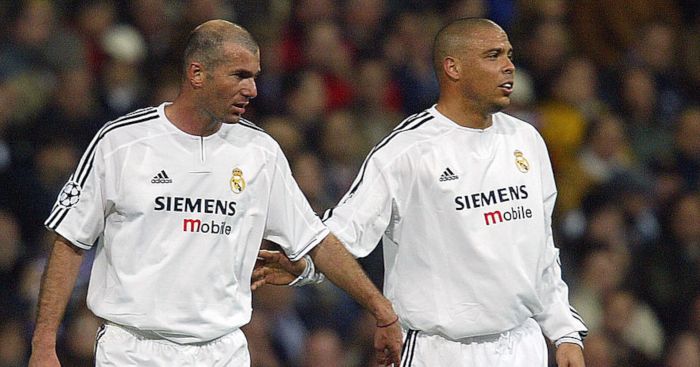 Who might Liverpool bring in after their sixth European Cup? It will take quite something to break onto this list…

GK: Pepe Reina (Liverpool, 2005)
Just as he himself had replaced Sander Westerveld in the immediate aftermath of Liverpool’s budget Treble season in the summer of 2001, Jerzy Dudek was barely six weeks into his reign as a jelly-legged European champion before Rafael Benitez drafted Pepe Reina in from Villarreal. The Spaniard was ten years younger and infinitely better than his adversary, barely breaking a sweat as he wrestled the starting spot from Dudek’s grasp.

Reina’s haul of one FA Cup, a League Cup, a Community Shield and a UEFA Super Cup masks what was generally an excellent nine years on Merseyside. As phenomenal as Alisson has been in his debut Liverpool season, the 34 goals he conceded in his first 50 games fell short of the club-record mark of 29 that Reina set. His clean sheet average of 47.02% remains a Premier League record for those with more than 100 appearances – and all for £6.8m.

CB: Cesar Azpilicueta (Chelsea, 2012)
“I’d say, for consistency of performances, it would be one of the Chelsea lads and I’d probably say Azpilicueta,” was Gary Neville’s answer as to the Premier League’s best defender in November 2014. “He’s immaculate,” he added, with Jamie Carragher noting that “he’d be my number one”.

The Spaniard’s levels have dipped a little since – even with two Premier League titles, one FA Cup, one League Cup and two Europa Leagues added to his medal collection – but he remains a fine player. Chelsea have rarely spent £7m so wisely.

Sixteen-year-old midfield prodigy Anderson arrived, as did Helder Postiga, Diego, Ricardo Quaresma and Luis Fabiano. But perhaps the most notable signing was that of Pepe from Maritimo. The 21-year-old soon became a first-team fixture under Victor Fernandez, eventually joining Real Madrid in 2007 for €30m.

CB: Paolo Montero (Juventus, 1996)
Just as no player has received more Serie A red cards (16), no player has appeared in more Champions League finals (3) without ever winning one than Paolo Montero. There is a certain cruelty in joining the newly-crowned European champions in 1996 only to fail to ever clear that last hurdle during an otherwise productive nine-year stay in Turin. The Uruguayan, once described alongside Ciro Ferrara as “the toughest defenders I played against” by Ryan Giggs, won four Serie A titles, three Supercoppas Italiana and a Super Cup and Intercontinental Cup each before returning to South America.

DM: Claude Makelele (Real Madrid, 2000)
As the engine of a Celta Vigo side that combined La Liga finishes of fifth and seventh with consecutive UEFA Cup quarter finals in his first two seasons in Spain, Claude Makelele’s eventual ascension to the Real Madrid throne felt inevitable. And while a painfully short three years at the Bernabeu ended amid manager sackings, contract requests and Bentley comparisons, the midfielder solidified his reputation as one of the world’s leading defensive midfielders. Real did not win another title for four years after his departure, in which time he won two Premier Leagues with Chelsea.

DM: Toni Kroos (Real Madrid, 2014)
Looking back, it really is quite cute that David Moyes ever thought he’d get him.

AM: Zinedine Zidane (Juventus, 1996)
1995 brought Tim Sherwood-fuelled rejection by Blackburn. By 1996 it was written in black and white: Zinedine Zidane was headed to either Newcastle or Juventus. “I offered him to Newcastle at the beginning of the season for £1.2m,” agent Barry Silkman said in 2010. “And they watched him and said that he wasn’t good enough to play in the First Division, which is the Championship now.

Quite. Zidane joined Marcello Lippi’s side shortly after their victory over Ajax, winning two Serie As, a Ballon d’Or and even a World Cup during his time in France. Was still bossed by Paul Lambert in a Champions League final, mind.

AM: Kaka (AC Milan, 2003)
Until last year, no player had prevented both Lionel Messi and Cristiano Ronaldo from winning the Ballon d’Or since 2007. And while debates rages on as to whether Luka Modric deserved the most recent crown, there was no arguments over Kaka’s coronation 12 years ago. In the six-year period from signing for Milan in 2003 to his world-record move to Real Madrid in 2009, the Brazilian really was consistently and uniquely brilliant. Milan celebrated what now seems like the most exciting Champions League final in history by making the Bola de Ouro and Bola de Prata holder their most expensive signing of the summer at just €8.5m.

RW: Luis Figo (Real Madrid, 2000)
When Lorenzo Sans attempted to capitalise on Real Madrid’s second Champions League trophy in three seasons by hastily arranging a presidential election in 2000, the result seemed certain. Yet his failure to foresee rival Florentino Perez’s grandiose promises was his downfall. And so the Galactico era was born, with Perez pledging to sign Luis Figo from Barcelona as his first action. The vote was swung, the world-record move was completed that summer, the Ballon d’Or arrived later that year, and the pig’s head was thrown soon after.

CF: Ronaldo (Real Madrid, 2002)
The greatest player never to win the Champions League joined Real four months after they won their third European crown in six seasons. He proceeded to stun Old Trafford with a hat-trick and played just 40 games in the competition before succumbing to knee injuries. Ronaldo pledged the best years of his career to the Bernabeu, but was only rewarded for his brilliance with two La Liga titles, a Supercopa de Espana and an Intercontinental Cup; Daniel Sturridge has started two Champions League knockout games in his entire career and has a couple of winner’s medals.

Real was the only team Ronaldo played at least 100 games or scored 100 goals for – and that includes Brazil. That his Wikipedia page still appears below Cristiano’s is the sickest joke of all.

LW: Eden Hazard (Chelsea, 2012)
‘Good afternoon guys. I made up my mind. see you later. Thanks,’ was Eden Hazard’s well-mannered social-media message on May 28, soon to be followed by his long-awaited decision that evening: ‘I’m signing for the Champions League winner.’

Chelsea’s victory over Bayern Munich little over a week earlier clearly had a direct influence over the Belgian’s decision. “Chelsea could interest me now,” he said with his future still uncertain. “They’ve won the Champions League and will therefore be in it next season. It’s really important for me to be playing in that competition. Chelsea are a big club with some great players – of course it’s a possibility.”

What was previously thought to be a two-horse race between the two Manchester clubs saw both pipped at the post by the managerless European champions. To depart with two goals in a Europa League final win was a fine way of completing the circle.