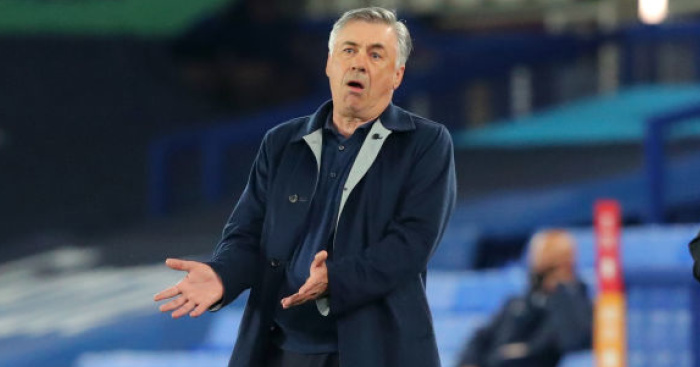 Carlo Ancelotti provided a positive early outlook on a trio of injured Everton stars, and revealed the secret behind Dominic Calvert-Lewin’s rapid rise.

The Toffees made it six wins from six across all competitions in the new season after sinking West Ham 4-1 in the EFL Cup.

Their free-scoring frontline once again impressed, with Calvert-Lewin and Richarlison combining to score all four of Everton’s goals.

Speaking after the impressive win (via The Liverpool Echo), Ancelotti said: “I’m very pleased. We played well, we had it under control. When West Ham equalised, we didn’t lose focus, concentration or motivation. It was good.”

Calvert-Lewin continued his remarkable form under the Italian, and Ancelotti pointed to how and why his centre-forward has improved so much in such a short space of time.

“He is more focused in the box,” he added. “He is efficient and really clinical. It was a fantastic first goal. He can go, he can stay (with England). It doesn’t matter, it’s not my problem.

“We started really well this season but our target is the same, to be in Europe next season. We have to be focused because the season is so long.”

Brazilian ace Richarlison also got on the scoresheet, but was substituted in the second half after appearing to suffer an ankle injury.

Jonjoe Kenny and Allan also appeared to be struggling with injuries, but Ancelotti allayed fears of lengthy lay-offs, stating: “I think it will not be so bad, we will check tomorrow. It seems not so bad.”