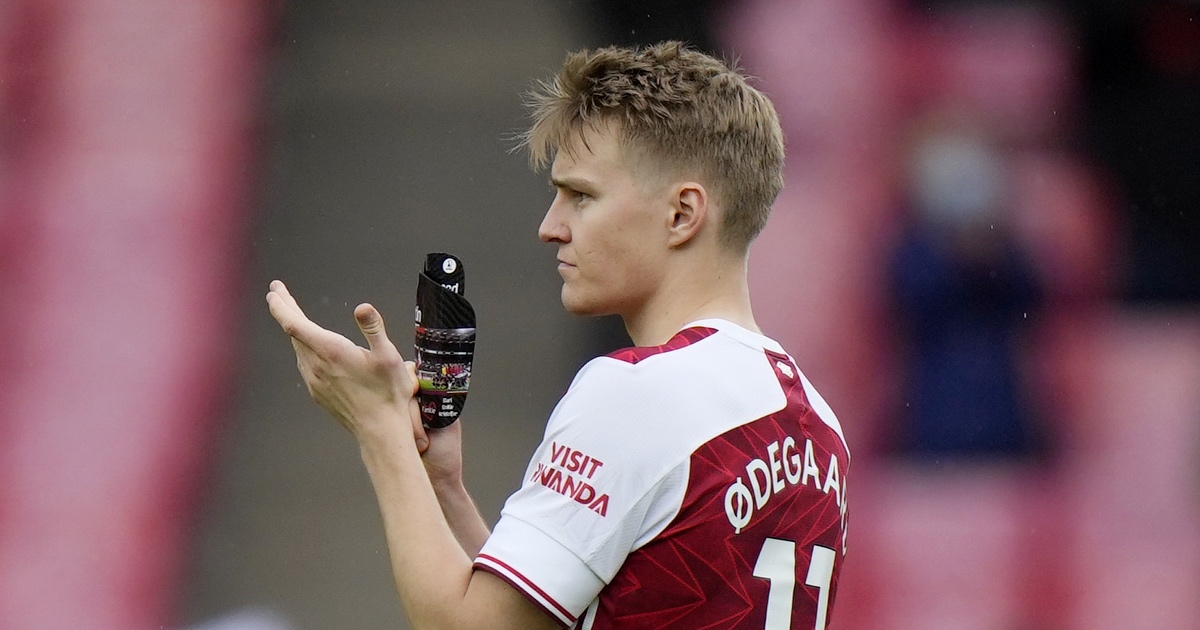 Carlo Ancelotti is keen on keeping Martin Odegaard at the Bernabeu after his recent appointment according to reports.

The Norwegian midfielder spent the second half of the season on loan at Arsenal and has impressed Mikel Arteta enough to become a target for a permanent transfer.

Ancelotti’s return to Real Madrid seems to have put a spanner in Arsenal’s transfer plans with the Italian discussing Odegaard as a key part of the squad’s development next season.

The Real boss told the Spanish news outlet ABC that Odegaard is one of the players who can make a difference to help Los Blancos ‘win trophies’ under his second term as manager.

He said: “With this squad, without loan players like [Gareth] Bale, Odegaard and [Dani] Ceballos, Madrid reached the Champions League semis and fought for La Liga. So we have the players to win trophies.”

Ceballos, who has also been on loan at Arsenal, does not appear to to be a part of Arteta’s transfer plan despite spending two years at the club.

Odegaard, however, has been identified by The Athletic journalist David Ornstein as Arsenal’s number 1 target this summer.

Ancelotti has managed Odegaard previously during his first stint at Real Madrid when the attacking midfielder first joined the club aged just 15.

The news from Spain regarding Odegaard’s future could mean that the Gunners have to turn to their Plan B, Emiliano Buendia.

“If they [Arsenal] don’t get Odegaard, they’ll consider Buendia.”@David_Ornstein reveals that Championship Player of the Year Emi Buendia is available for £40m this summer…

The Norwich midfielder has been heavily linked with a move to north London after an exceptional season in the Championship in which he scored 15 goals and got 17 assists, earning himself the Championship Player of the Year.

Ancelotti’s comments put further doubt over the future of Gareth Bale too after his loan agreement has come to an end at Tottenham.

The Welshman has yet to confirm what his next step will be after an impressive 11 goals and two assists in just 20 Premier League appearance this season.

Bale remains focused on the Euros for now, but speculation over whether he will stay in Madrid after a tumultuous eight years with the club continues.