Home All The News Ancelotti embarrassed by latest Goodison setback 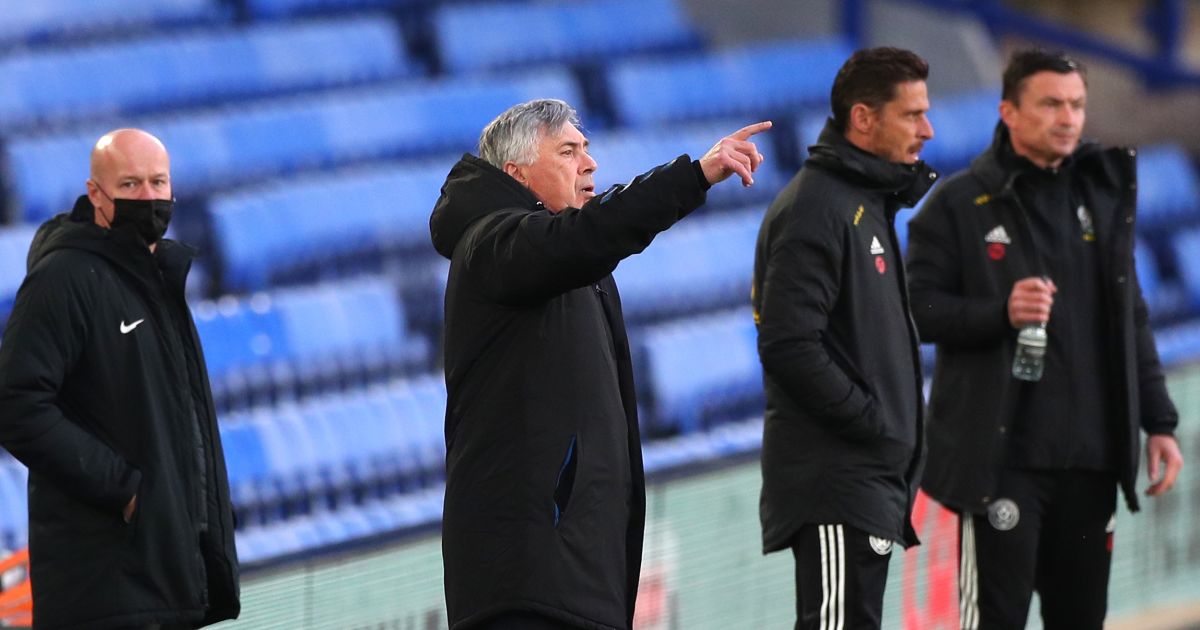 Everton manager Carlo Ancelotti admits he was embarrassed by the 1-0 defeat at home to relegated Sheffield United which put a huge dent in his side’s hopes of securing European football.

Daniel Jebbison, who was on loan at Vanarama National League North side Chorley earlier this season, became the Premier League’s youngest scorer on full debut aged 17 years and 309 days with a goal just seven minutes into his first start, and it proved enough for the Blades to take all three points.

Ancelotti’s side have now lost nine at home, which has only happened in four previous seasons, with one match still to come at Goodison against Wolves on Wednesday.

Since Christmas Everton have lost at home to the likes of Newcastle, Fulham and Burnley but losing to already-relegated Sheffield United, whose second away win of the campaign still left them 18 points behind 17th-placed Brighton, was a new low.

“Fortunately we have supporters at home for the next game and I hope they wake us up because I think we need to wake up at home.

“It is really difficult to explain what is going on here at home.”

On their diminishing European hopes, the Italian added: “We have two games until the end, I think we lost a great opportunity.

“Our chances now are less than before but the only way is to wait to try to get a result with the two games we have to play and see which position we are at the end.”

“Fantastic moment. It couldn’t have worked out better for him on his first start in the Premier League,” he said.

“He deserved his start. He’s a hard-working lad and we know him through how well he has developed at the academy.

“The fact I know how hard he works for the team changed my mind to pick him.”

Heckingbottom felt the performance also answered questions which had been levelled at his players.

“It’s a good reflection on them,” he added. “The questions I got asked when relegation was was confirmed early on were, ‘Will the boys keep the fighting spirit to keep the integrity for the the league?’.

“I took that as being disrespectful and an insult to the players.”